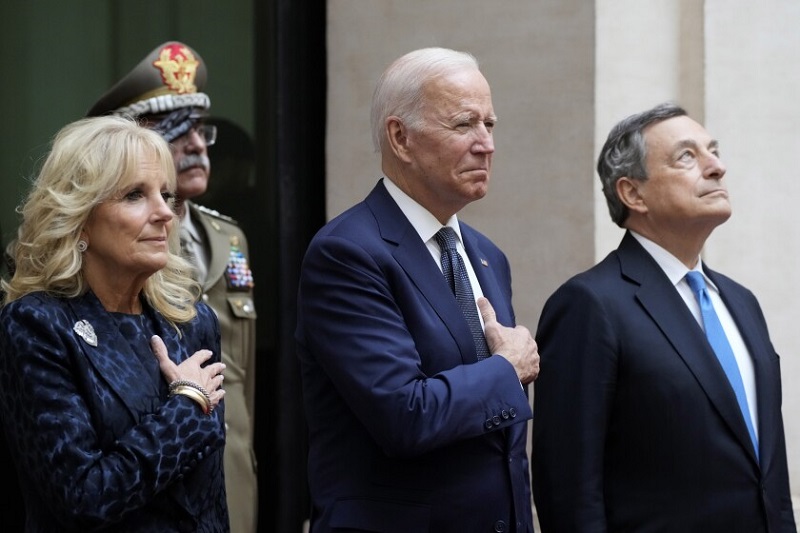 with the arrival of joe biden italy inaugurates the g20

All roads lead to Rome. In the jam-packed G20 weekend, the Italian capital returns to become truly caput Mundi, the true hub of international politics. It is the Italian prime minister’s turn – as President of the summit – to become director of the great orchestra of world leaders who are already crowding the large hotels in the capital. But, on the other hand, the prime minister’s aspiration is precisely to coordinate the ambitions of Europeans. First of all, by bringing the climate agreement that China continues to obstruct along the transatlantic axis. And therefore, strengthening the critical relationship with the American President Joe Biden – who arrived in the city at dawn – who, not surprisingly, today will be the first head of state to be received by Mario Draghi. First of all, by bringing the climate agreement that China and India continue to hinder along the transatlantic axis.

There is still the resistance of the Asian giants in the 11-page draft of the summit’s final statement, viewed by Bloomberg. On forum’s eve, the debate focused on 2050 as the date limit to reach the zero-emissions target and 2030 as the deadline for reducing methane emissions by at least 30 percent. Both are considered indispensable conditions to contain global warming by one and a half degrees, which remains in the document the essential objective in the wake of the Paris Accords. The Twenty would also pledge to stop financing the construction of new coal plants abroad starting at the end of the year and allocate $ 100 billion until 2025 to fund the ecological transition in developing countries.

Draghi is counting on the support of American President Joe Biden, who, not surprisingly, will be the first head of state he will receive today. On the other hand, Joe Biden also needs banks. The American President returns to Europe in a decidedly different atmosphere than last June’s trip, when the promise of a new multilateralism and closer contacts with the allies, summarized in the slogan “America is back,” had transformed the visit into a celebration.

Expectations fell apart during the summer: due to the disastrous American exit from Afghanistan, of course. But above all, after the “rudeness” of the Aukus trilateral agreement. Washington’s historic anti-Chinese security partnership with Great Britain and Australia to equip Canberra with nuclear-powered submarines deprived Paris of a vital commission, irritating the European allies. Biden, who today will try to mend “going to Canossa” in French territory (Palazzo Farnese or Villa Medici) to meet Emmanuel Macron, aims to relaunch the American leadership. That is also why he is ready to announce the gift of one billion vaccines to the poorest countries. And he worked to the last minute to start with the $ 1750 billion “Build Back Better” development deal in his pocket, reached yesterday at the last minute.

The agreement includes the 555 billion packages to be allocated for the fight against climate change, which the President will use in the coming days as a visiting card. He will present it today to Pope Francis, very sensitive to the issue, during his visit to the Vatican with his wife Jill, held before the Italian President of Republic Sergio Mattarella at the Quirinale. The crucial topics of each conversation will be Covid and vaccines, climate and energy, the Iranian nuclear deal, and the minimum tax. And some so many leaders will crowd Draghi’s agenda with whom to discuss economic recipes and interchange of Afghanistan and the Mediterranean, with the common goal of getting out of the many global crises of this particular historical moment.

In addition to Biden, the Italian premier will also meet his Indian counterpart Narendra Modi today – central especially regarding the dossier of the ecological transition. And then the UN Secretary-General Antonio Guterres. Finally, the face-to-face meeting that Draghi will hold tomorrow with the Turkish leader Recep Tayyip Erdogan will also be crucial for Italian strategic interests. Yes, because the two hit the low point of their relationship a few months ago. When the Italian defined the man from Ankara as a “dictator.” The bilateral will therefore mark the culmination of the subsequent, progressive thaw.