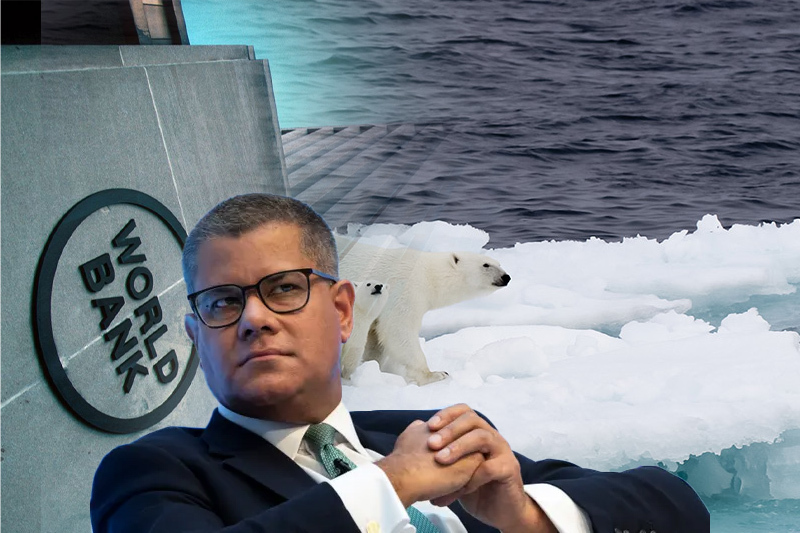 The United Kingdom has joined calls to bring in sweeping reforms to the World Bank for the much required funding on tackling the climate crisis, stressing that the bank’s current structures are not effective anymore. The intervention from Alok Sharma – the current president of the UN climate talks, Cop – as further added pressure on the World Bank chief, David Malpass as he faces calls to resign over an apparent stand of dismissing climate change and crisis, and also evident failure from the World Bank to deliver climate finance.

Sharma, the UK cabinet minister and chair of the Cop26 UN climate summit, told at a meeting in Washington DC on Friday, “The world is recognising that we cannot tackle the defining challenge of this century [the climate emergency] with institutions defined by the last. We have to incentivise every aspect of the international system to recognise the systemic risk of climate change, and to make managing it effectively its central task.”

Alok Sharma will be holding the presidency of the UN climate talks until Egypt takes over the chair at the Cop27 UN climate summit scheduled for next month. He added, “Climate must be at the very heart of what [the World Bank and other development banks] do, and they must do more to lead on this agenda. The world cannot afford for such institutions to be cautious in how their considerable climate resources are deployed. That is a matter of social justice as well as environmental security.”

World Bank has been at receiving end of protests over its failure to dispatch funding for tackling climate change. Developing countries have been highly frustrated by the lack of adequate funding in order to be able to adapt to the impacts of the climate crisis. Mia Mottley, prime minister of Barbados, called at the UN general assembly last month for an “overhaul of the World Bank and its sister institutions, to tackle the climate emergency”. Shauna Aminath, minister of environment for the Maldives, said, “The World Bank needs a fundamental shift in how this is addressed. Finance is not going to the countries that need it most.”