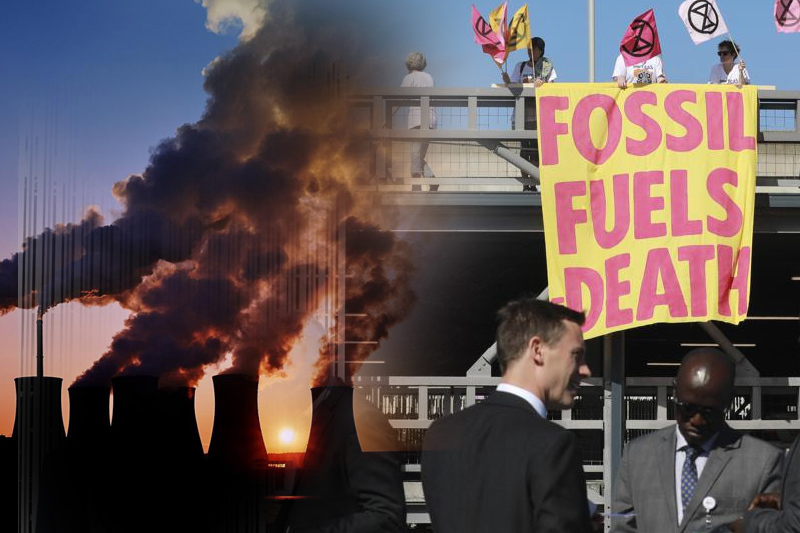 fossil fuel addiction is the killer of millions

Fossil fuel addiction is the killer of millions

Doctors in a new study have reported that extreme weather from climate change has triggered hunger in at least 100 million people and leading to increased heat deaths by 68 per cent in vulnerable populations across the world. This is a result of world’s “fossil fuel addiction” that is degrading public health each year. Burning of coal, oil, natural gas and biomass forms across the world has led to catastrophic air pollution that is killing at least 1.2 million people a year, according to a report that was published on Tuesday in the prestigious medical journal Lancet.

“Our health is at the mercy of fossil fuels,” said University College of London health and climate researcher Marina Romanello, executive director of the Lancet Countdown. “We’re seeing a persistent addiction to fossil fuels that is not only amplifying the health impacts of climate change, but which is also now at this point compounding with other concurrent crises that we’re globally facing, including the ongoing COVID-19 pandemic, the cost-of-living crisis, energy crisis and food crisis that were triggered after the war in Ukraine.”

According to the Lancet Countdown, climate change and its implications on health are led by 43 indicators that are making people sicker with ech passing year. In praising the report, United Nations Secretary General Antonio Guterres put it even more bluntly than the doctors: “The climate crisis is killing us.”

According to the new analysis in the report, 98 million more cases of self reported hunger have been reported around the world in 2020, as compared to 1981-2010, on “days of extreme heat increasing in frequency and intensity due to climate change.”

“Can I say that every bit of food insecurity is due to climate change? Of course not. But we think that in this complex web of causes, it is a very significant contributor and it’s only going to get worse,” said pediatrician Dr. Anthony Costello, Lancet Countdown co-chair and head of the University College of London’s Global Health Institute, highlighting the impact of climate change on food insecurity.