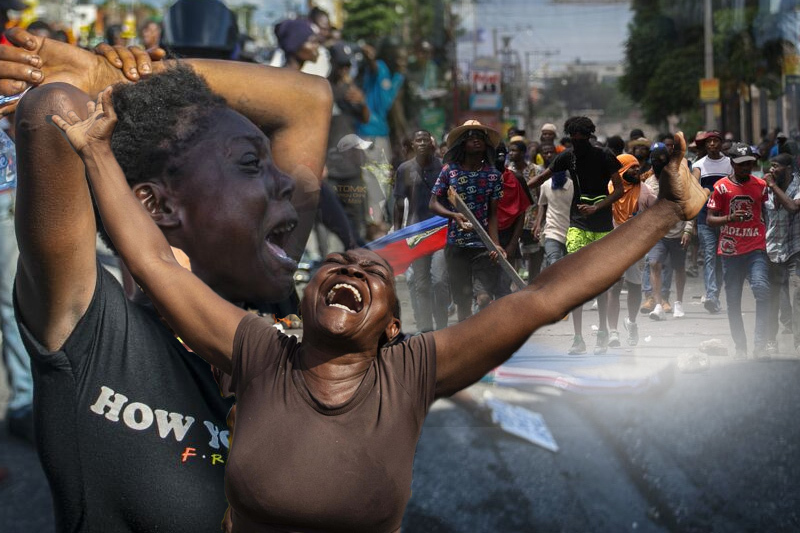 A series of crises has trapped scores of Haitians in growing desperation, without access to food, fuel, markets, jobs and public services, warned the Food and Agriculture Organization (FAO) and the United Nations World Food Programme (WFP). Hunger in Haiti has reached a catastrophic highest level 5 on the Integrated Food Security Phase Classification index (IPC) in the capital’s Cité Soleil neighbourhood.

According to the latest IPC analysis, “a record 4.7 million people are currently facing acute hunger (IPC 3 and above), including 1.8 million people in Emergency phase (IPC 4) and, for the first time ever in Haiti, 19,000 people are in Catastrophe phase, phase 5”.

Working with Haitians to boost their resilience to future shocks remains WFP’s top priority in the country. pic.twitter.com/LyR0vp2ef3

Food security in Haiti’s rural areas has continued to deteriorate, with manyl going from Crisis levels to Emergency levels. “WFP stands with the people of Haiti – serving the vulnerable and helping the poorest. We are here to ensure schoolchildren get a nutritious meal each day, families meet their basic food needs and communities are empowered,” said Jean-Martin Bauer, WFP Country Director in Haiti.

“We need to help Haitians produce better, more nutritious food to safeguard their livelihoods and their futures, especially in the context of a worsening food crisis,” said José Luis Fernández Filgueiras, FAO Representative in Haiti. “Resource mobilization efforts must be scaled up in order to strengthen the resilience of households targeted by emergency food assistance to increase their self-reliance.”

Natural hazards and political chaos in Haiti for years together has taken a toll on the people. The global food crisis, along with rise in food and fuel prices, has further ramped up the growing civil unrest in Haiti. Inflation in the country stands at 33 per cent with the cost of petrol doubled.

Cholera is another big health hazard in looming. “Nearly 100,000 children under the age of five who are already suffering from severe acute malnutrition -also known as severe wasting – are especially vulnerable to the ongoing cholera outbreak affecting Haiti,” UNICEF has warned. “At a time when much of the country is facing growing food insecurity, acutely malnourished children have weakened immune systems and they are at least three times more likely to die if they contract cholera, further reinforcing the need for urgent action to contain the disease.”