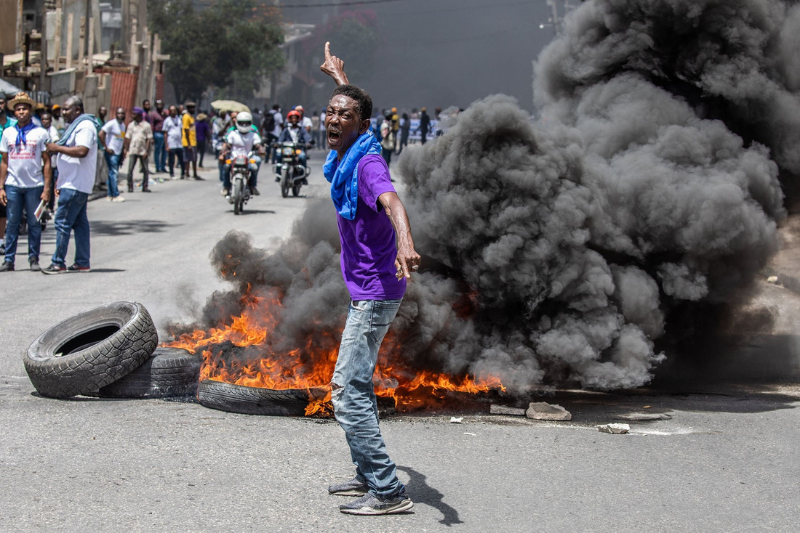 Violence in Haiti’s capital, Port-au-Prince, has erupted in the past four days, killing dozens of people in gang clashes, according to local officials on Tuesday.

Jean Hislain Frederick, deputy mayor of Port-au-Cite Prince’s Soleil district, reported that at least 50 people were killed and more than 50 were injured when violence broke out Friday between members of two rival gangs.

Violence erupted only a day after the first anniversary of President Jovenel Mose’s assassination. Violence in Haiti has risen since Mose’s death, and the government has been unable to rein it down.

Thousands of people, according to Doctors Without Borders, are stranded in Cite Soleil, unable to get food, water, or medical assistance.

The group appealed to other humanitarian organizations for support and pleaded with the gangs to “save people.” A press release stated that three members were helping injured patients in the Brooklyn neighborhood of Cite Soleil.

“Along the only road into Brooklyn, we have encountered corpses that are decomposing or being burned. They could be people killed during the clashes or people trying to leave who were shot — it is a real battlefield. It is not possible to estimate how many people have been killed.” Mumuza Muhindo, the Head of the Haitian Office of Doctors Without Borders, made the remarks in the statement.

G9 and G-Pep gangs are reported to have been involved in the brawl, according to local officials. G9 Family and Allies is a gang coalition commanded by Jimmy Cherizier, a former police officer.

Cherizier, alias “Barbecue,” has a history of atrocities under his belt and is reported to have formed a pact with Mose’s right-wing party. His words were “cowardly and nasty” after his death, he said. Even though it was created in Cite Soleil, Haiti, G-Pep is linked to other armed groups around Port-au Prince.

The UN World Food Program issued a dire warning on Tuesday, citing rising food and fuel prices, 26 percent inflation, and deteriorating security in and around Port-au-Prince, which has worsened significantly since early May.

1.3 million Haitians are “one step away from famine,” according to the agency’s country director, Jean-Martin Bauer, in a video press conference.

According to him, the World Food Programme is forced to employ ferries and aircraft to transport the critically needed food due to the criminal organizations’ blocking roads and attacks on humanitarian relief trucks.

At least $39 million is needed to continue its work in Haiti, and Bauer pleaded with funders not to let things “go from bad to worse” in the country.