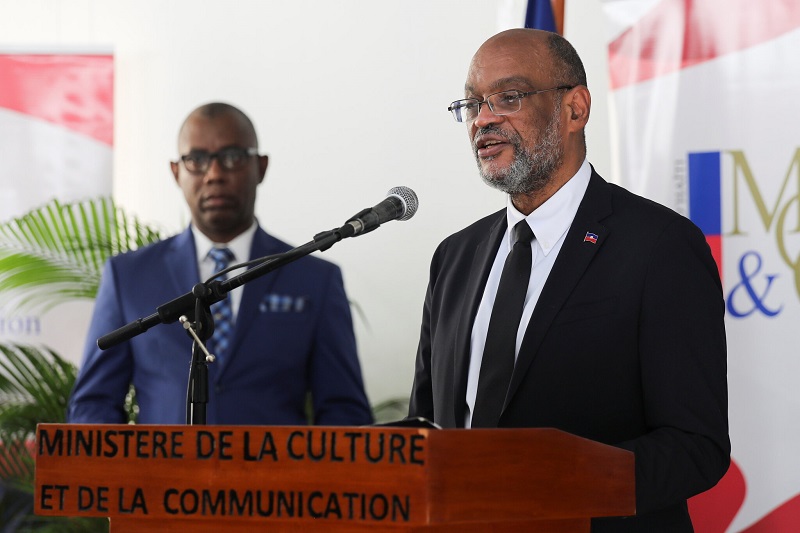 Haiti -Haiti’s Prime Minister was allegedly attacked for life after which a report claimed PM Ariel Henry is the same. The attack reportedly happened during an independence day event on Saturday which has the PM in attendance.

The gunmen tried to kill the Haiti leader when he was present at a church in the northern city of Gonaïves. As soon as the crowd heard the sound of the gunfire, there was immediate chaos and the prime minister scrambled towards the cars amid the whole situation. The details were gathered through a video posted on social media.

As per the current scenario, the situation in and around the nation has significantly deteriorated. It became evident that the nation in general lacked the security to protect the leader after the assasination of President Jovenel Moïse last July.

Soon after the attack in July, the current PM announced that they will find out about the security practices in the nation and also pledged to crack down on the so-called powerful gang that is responsible for the attack that created the situation of horror in the region.

The gang has been involved in practices such as kidnappings and also known to have seized control of much of the gas distribution around the country which also caused severe fuel shortages. This assaistination attempt was blamed on the “bandits and terrorists” as per the statement released by the prime minister’s office.

Following the attack, the police and other security forces were quick to release arrest warrants in the name of the suspects and that meant they have been involved in such practices since the beginning as the security officials already had some of the details about them from before. The PM office stated that it was convenient for them to hide behind the walls after carrying out such an attack and also threatening the bishop by surrounding the church. The local media later on confirmed that in the incident, one person was killed and two others were injured in the gunfight.