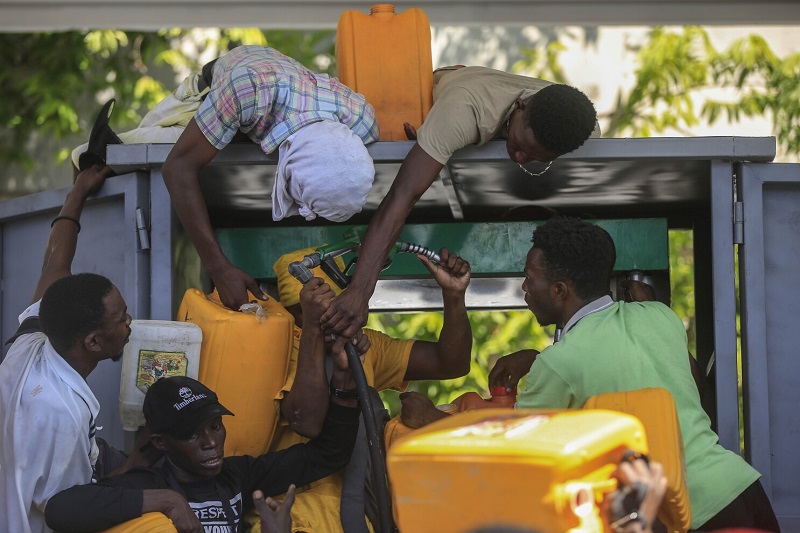 life in haiti returns to normalcy as fuel supplies open (2)

Haiti -Haitian businesses started opening their doors as life resumed on the country’s streets after the G9 gang coalition announced an ease in the blockade on fuel deliveries. The stoppage in fuel supplies caused shortages for nearly a month.

According to media reports, the G9 gang federation controls critical parts of western Port-au-Prince. Over the weekend, the federation allowed trucks to reach the Varreux fuel terminal, causing long lines at filling stations.

Similarly, banks also began operating at regular hours after limiting operations because of the lack of diesel for generators – crucial for ensuring electricity in a state where the national grid only manages to provide intermittent power.

On Friday, the federation leader, Jimmy “Barbecue” Cherizier, said the group would allow access to the Varreux fuel terminal for only a week.

Cherizier warned the blockade would resume if the Prime Minister, Ariel Henry, did not resign.

It merits mentioning that G9 has blocked fuel deliveries since last month, asking for the prime minister’s resignation.

On the other hand, Henry has said that the government will not talk to criminals.

Due to Henry’s announcement, Haitian National Police created security cordons to ensure the delivery of fuel.

However, despite the reopening of the terminal, various drivers were still struggling to buy fuel on Monday, with some people buying it in plastic containers in the black market.

Moreover, water shortages in Haiti are spiking the risk to children’s health about three months after a massive earthquake. There are concerns that cholera could re-emerge in the nation that was on its way to eliminating the deadly disease.

The August 14 earthquake killed about 2,248 people. However, a severe fuel shortage, increasing water shortages, and growing insecurity have halted efforts to restore essential services to millions in need across the country.