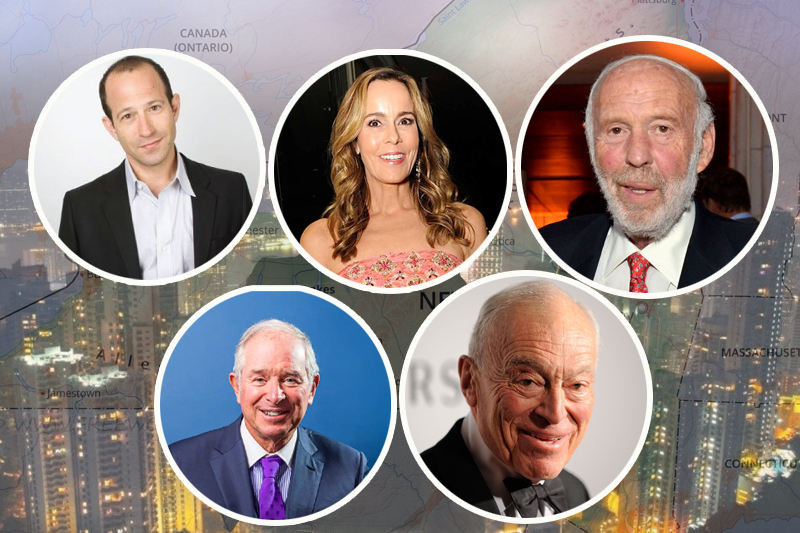 Michael Rubens Bloomberg, who is a known politician, philanthropist, author and businessman, is the main owner and co-founder of his corporation Bloomberg L.P. He served as mayor of New York from 2002 to 2013 and ran for President of the United States in 2020 as a Democrat. He is the richest person in New York.

Stephen Allen Schwarzman is a businessman, philanthropist, and investor from the United States. He is the chairman and CEO of The Blackstone Group, a multinational private equity corporation that he founded in 1985 with Peter G. Peterson, who is the former chairman and CEO of Lehman Brothers. Finance and investment is the industry in which he works.

Leonard Lauder is ranked 25th overall and has a net worth of $31.3 Billion. He led the cosmetics giant Estée Lauder for three decades. He is one of the richest people in New York.

Jim Simons is ranked 28th overall and has a net worth of $24.4 billion. He is the founder of Renaissance Technologies, a hedge fund quantitative trading firm with approximately $55 billion under management.

Keith Rupert Murdoch AC KCSG is an Australian-born media mogul, investor and entrepreneur. Media and entertainment are the two major industries in which he works. His estimated net worth is $21.8 Billion.

Donald Newhouse is ranked 40th overall and has a net worth of $18.1 billion. Newhouse and his late brother Samuel inherited the publishing and broadcasting company named Advance Publications.

Ranked 78th overall, Leon Black is the co-founder of private equity firm Apollo Global Management, which manages over $470 billion in assets. He has an estimated net worth of $10.9 Billion.

Israel Englander is ranked 71st overall and has a net worth of $10.5 billion. In 1989, he founded Millennium Management with $35 million. The hedge fund company now manages nearly $53 billion. He is the tenth richest man in New York.

What do you think about them?