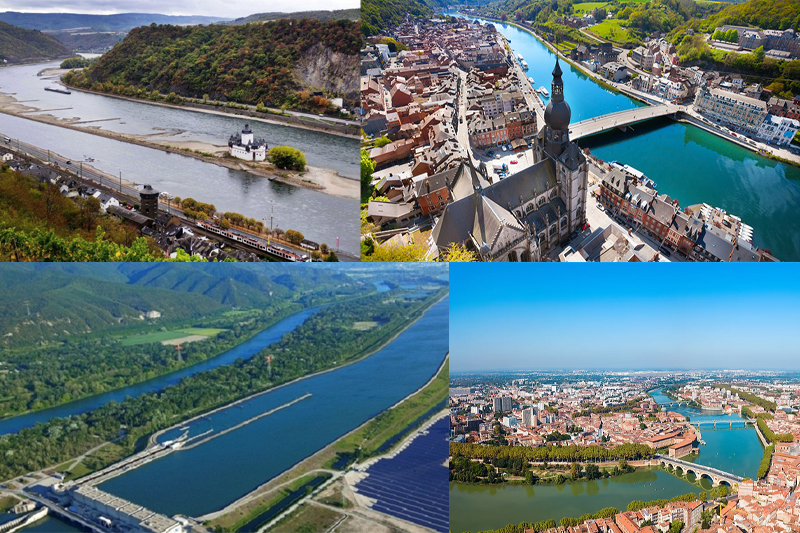 the 10 longest rivers in france

The 10 longest rivers in France

There are numerous rivers that connect throughout the stunning nation of France. In actuality, the entire nation is navigable by water. These rivers have served as trade and travel routes for centuries, enabling communities to develop next to them.

France’s rivers are crucial to the country’s economic development, but they also each have a distinct history. Throughout history, French rivers have served as an inspiration for poets and artists to create beautiful works of art.

What are the largest rivers in France then? What are the most significant rivers? Which rivers inspire the most? Which French river has the longest length? Let’s examine France’s ten longest rivers.

The Rhine River is the second-longest river in Central and Western Europe at 765 miles, making it the longest river in France (following the Danube River). This river passes through the Netherlands, Liechtenstein, Switzerland, Austria, Germany, and France.

The Rhine River has been a crucial transportation route in Europe since the Roman Empire, transporting commerce and products inland. For many Europeans, the Rhine River is also a symbol of their culture.

It serves as the backdrop for Das Rheingold, the opening act of Richard Wagner’s renowned three-act epic, Der Ring des Nibelungen (you may be familiar with the song “Ride of the Valkyries” from this epic-opera).

The Loire River is exceptional since it flows fully within French territory. With a length of 634 miles, this river is the longest river in France to remain within French borders. The mountains around Mont Gerbier de Jonc in Ardèche, in southeast France, are the Loire River’s source. The river flows via Orlèans before turning west and finishing just outside Nantes, where it empties into the Bay of Biscay, where it empties into the Atlantic Ocean.

The Loire River travels through meadows and mountain forests in France that are home to fruit, pine, oak, and beech trees. This luxuriant flora is home to 57 different types of fish, 164 different bird species (about 64% of France’s breeding bird species), and the largest phytoplankton variety of any French river. Artists and poets like Auguste Rodin, J. M. W. Turner, Jean de La Fontaine, Charles d’Orléans, Gustave Courbet, François Rabelais, and Félix Edouard Vallotton have been influenced by the beauty of the Loire River and the Loire Valley.

The Meuse River stretches over 590 kilometres. Before emptying into the North Sea, it travels from France through Belgium and the Netherlands. The Meuse River Valley is dotted with towns, sloping hills, forests, and farmland in addition to spectacular limestone crags that are now well-known for rock climbing.

The Rhône River, which is 505 miles long, is the fourth-longest river in France. When measured by depth and volume, it is the largest river in France. It rises in the Alps and descends via Lyon and the Massif Central. It links Vienne, Valence, Avignon, and Arles while traversing the Rhône Valley.

The Rhône River is beautifully framed and set against the Rhône valley. Olive groves, vineyards, and huge fields of sunflowers and lavender dot the terrain. “The Starry Night Over the Rhone,” a painting by Vincent van Gogh from 1888, is a representation of the Rhône River. While seated by the Rhône River’s bank, Van Gogh painted this.

The Seine River is the fifth-longest river in France with a length of 485 miles. The Seine, however, is by far the most well-known river in France, both in terms of name and popularity. The Seine originates in the Alps and flows through Paris, Normandy, Troyes in Champagne, and then north and west until it empties into the English Channel. The Seine runs through the centre of Paris, which contributes greatly to its fame. Here, it encircles the Île de la Cité, home of Paris’ renowned Notre-Dame cathedral. It frequently serves as the setting for numerous books, movies, and TV shows.

Beginning in the Central Pyrenees Mountain Range in northern Spain, the 357-mile-long Garonne River flows through that region. In order to empty into the Atlantic Ocean, it passes through southwest France. The Latin word garumna, which meaning “stony river,” is whence the name “Garonne” of the river originates. The Garonne River serves as an important interior shipping route and is the most significant river in southwest France.

The European sea sturgeon, which is in grave risk of extinction, lives in the Garonne River. The lifespan of the European Sea Sturgeon is up to 100 years, and it can grow to reach 20 feet long and 880 pounds. Only the Garonne River Basin now supports breeding of this unusual fish.

One of France’s longest canalised rivers, the Lot River is 300 miles long. It rises in the south-central French Cévennes Mountains, flows through Quercy, and empties into the Garonne River close to Aiguillon. The Lot used to be a crucial route for the shipping of steel and coal. The Lot River began to undergo restoration in 1985 with the goal of making it a cruising waterway.

Today, the Lot River is a fantastic vacation spot because of its beauty and surroundings. Cycling, swimming, fishing, and gourmet eating are available to guests. Along with open-air markets, old châteaux and high mediaeval villages offer sightseeing opportunities.

The Dordogne River is the eighth longest river in France with a length of 293 miles. This river is surrounded by beautiful scenery, charming villages, castles, and breathtaking views. It is a well-liked location to travel to and engage in leisure pursuits. Visitors can try sailing, water skiing, swimming, boating, rafting, kayaking, and canoeing.

One of the few rivers in the world that exhibits a tidal bore is the Dordogne River. A tidal bore occurs when the river’s current is reversed by a wave created by the strong incoming tide’s leading edge.

The Haute-Vienne department’s Chéronnac in Rochechouart is where the Charente River begins. Before emptying into the Atlantic Ocean close to Rochefort, it travels 225 miles. The Charente, according to 16th-century French King Francois I, is “the most beautiful river in the realm.” Boating down the river and stopping at places like Cognac, Jarnac, Saintes, and Rochefort are popular activities for tourists.