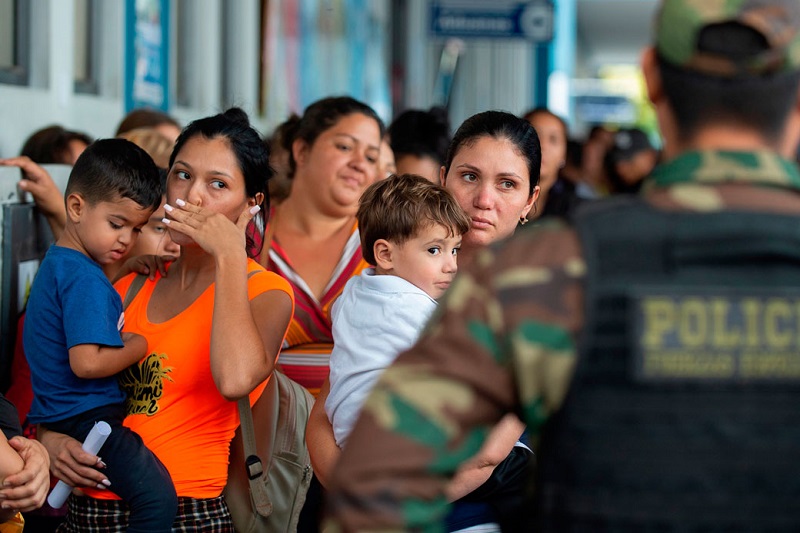 Latin America –Vice President of US Kamala Harris has repeatedly raised the issue of migration in the country as a critical issue that needs urgent attention. Most people who flee Central America for the US do not want to leave their homes, and would not do so if they felt safe and economically secure.

Harris, speaking for the administration, proposed increased foreign aid and economic development programs to supplant the remittances that have fueled the region’s economies for generations. Yet many communities in Guatemala, El Salvador and Honduras have depended for decades on family members who send wages earned in the US back home.

This foreign money received from such foreign accounts amounts for between 14 percent and 21 per cent of these Northern Triangle countries’ economies, according to 2019 data from the World Bank.

The Director of the Office for Latino and Latin American Studies at the University of Nebraska-Omaha mentions that they have always had migrants in Latin America and the Caribbean. What is changing are the patterns, the governments´ response to the different flows, and the effect they have on migrants´ lives.

Although, traditionally there were Latin American countries that were the final destination for many migrants, currently all countries in the region have both migrants coming in to settle down and passing through.

Meanwhile, thousands of Haitian migrants, who are fastest growing group of immigrants in Chile are choosing to leave the country after dealing with overt racism and strict government policies that have made it terrible for these people work legally and obtain the visa.

Thousands of Haitians formerly established in Brazil and Chile arrived in Texas in September, and spent days in makeshift shelters in Del Rio, drawing global attention. Although, rising tension between the communities have made it difficult for all everyone to co-exist.