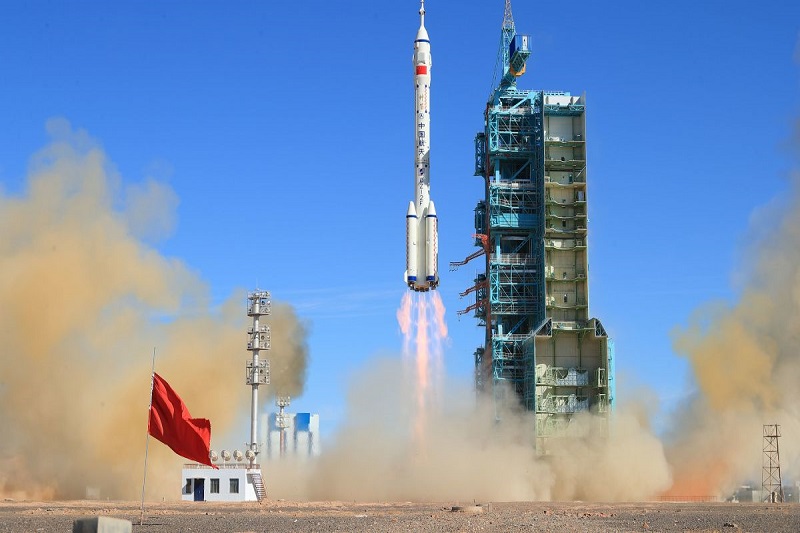 china challenges the us even in space

Xi Jinping wants to make China a superpower even among the stars. The new “leap forward” to compete and, who knows, overtake America has already begun: with pharaonic plans that advance quickly. And then, after the launch into orbit of Beidou, the satellite system that will have to compete with the stars and stripes GPS, and after the missions to the Moon and Mars, Tiangong, “the Celestial Palace,” begins to take shape more and more. Beijing is building the space station by itself, piece by piece.

“Spend three months in space, and while you are there, your work and your lives will be in the hearts of all Chinese.” Thus, the president greeted Major General Liu Boming, Colonel Tang Hong Bo, and the commander of the mission, Niue Hai sheng, decorated pilot of the Air Force: the three “taikonauts” who left Jiu Quan, in the Gobi Desert, on June 17, after 6 thousand hours of training, aboard the Shenzhou 12 spacecraft. “The creation of our Space Station is an important milestone and a significant contribution to the well-being of humanity and the peaceful use of Space.”

The 90 days have passed, the three have returned to Earth as heroes, and a new mission is ready. Today, Saturday, October 16, they left again. In time, as per the tight schedule, to finish the works by next year. A more extended mission than the previous one – six months – and among the three chosen, there will also be a woman, Wang Yawping, the second to go to Space: a return since she had already participated in a mission in 2013.

The first brick to be fired into orbit on April 29 was Tianhe (Harmony of the Skies), the heart of the new Station. The central module that will come in 2022 is reached by the other two, the capsule-laboratory Windian (In search of Paradise) and Meng Tian (Dreaming of Paradise), where astronauts will research microgravity and materials science. To complete this considerable 50-ton T, Tianzhu and Shenzhou are the two spacecraft to supply the Station with vehicles and men. Then, finally, it will be up to Xanthian (“Celestial Navigator”), a new, mighty telescope.

Tiangong will be smaller than the ISS, the International Space Station, by about one-sixth: more similar to the former Soviet Mir. It will navigate in the low orbit of the Earth, between 340 and 450 kilometers. And in the intentions of the government, it will also be open to non-Chinese astronauts—cost: top secret. After the rover on Mars to explore the surface of the Red Planet and after the probe that last year brought back the first samples from the Moon after 44 years, the mission is only the final stage of the Dragon’s plans to aim more and more at the conquest of Space. The Asian giant’s ambitions can be traced back to the 1950s and precisely in ’57: the year in which the Soviets launched Sputnik. Mao did not want to be outdone and, with the help of the Soviets thirteen years later, launched the first Chinese satellite: Dongfanghong-1. But it was only in the early 1990s that an actual space program was set up. In 2003 it will be the turn of the first Chinese in Space, Yang Liwei.

In recent years, expenditure on research and development has been enormous: 22.6 million dollars in 2000, which increased, just four years later, to 433.4. In 2018 it reached 5.8 billion. Xi was the leading architect of this expansion. “China must become a space power,” he often repeats. For example, to bring the CNSA to compete with NASA. Excluded from the International Space Station (where Russians, Americans, Canadians, Europeans, and Japanese collaborate), China builds its “Heavenly Palace” piece by piece. The ISS will cease its activities in 2024: at that point, the Chinese should be the only ones to inhabit the Earth’s orbit.