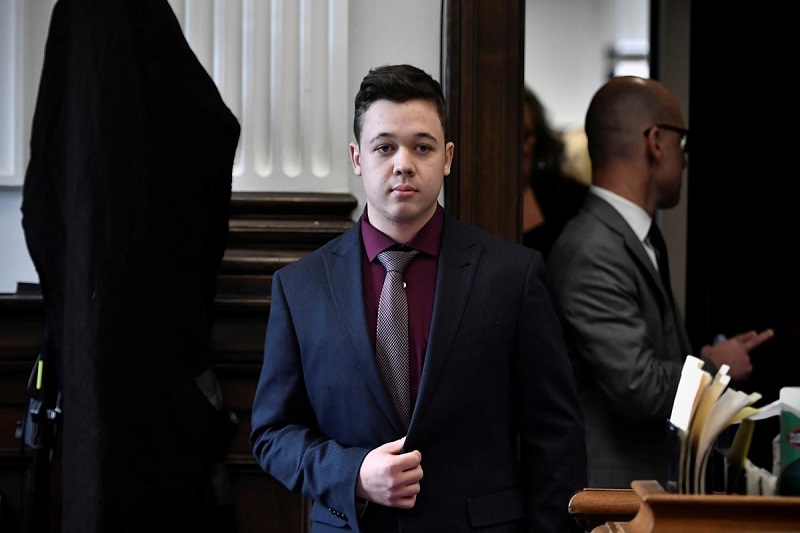 us teen not guilty on all charges after fatal shootings

US -On Friday, a jury acquitted Kyle Rittenhouse of murder in the shooting incident that resulted in the killing of two men during racial justice protests.

The court’s decision ignited a fierce debate about boundaries of self-defense and gun rights in the United States.

The jury said Rittenhouse, 18, was found not guilty on all charges: one count of attempted homicide for injuring a third man, two counts of homicide, and recklessly endangering the safety of protests marred by rioting, arson, and looting on Aug. 25, 2020, in Wisconsin.

Rittenhouse was seen sobbing after the verdict and collapsed to the ground before being helped back onto his chair.

“We are all delighted that Kyle can live his life as an innocent and free man, but in this whole scenario, there are no winners. There are a couple of people who lost their lives, and that loss is not on us at all,” a spokesperson for the Rittenhouse family said.

On the other hand, several dozen protesters were present outside the court premises after the verdict was read. Some carried placards in support of Rittenhouse, while others expressed disappointment.

Rittenhouse killed Anthony Huber, 26, Joseph Rosenbaum, 36, and fired a bullet that took a chunk off the arm of Grosskreutz, 28. Kyle Rittenhouse claimed that he did so as an act of self-defense.

During his election campaign last year, President Joe Biden had tweeted a video that appeared to link white supremacists to Rittenhouse. However, he said on Friday that he supported the jury’s decision.

But reactions nationwide showed deep partisan divisions. It was welcomed with outrage by those on the political left, whereas gun rights supporters celebrated it

“It is unconscionable that our justice system would let an armed vigilante go free,” the Congressional Black Caucus said.