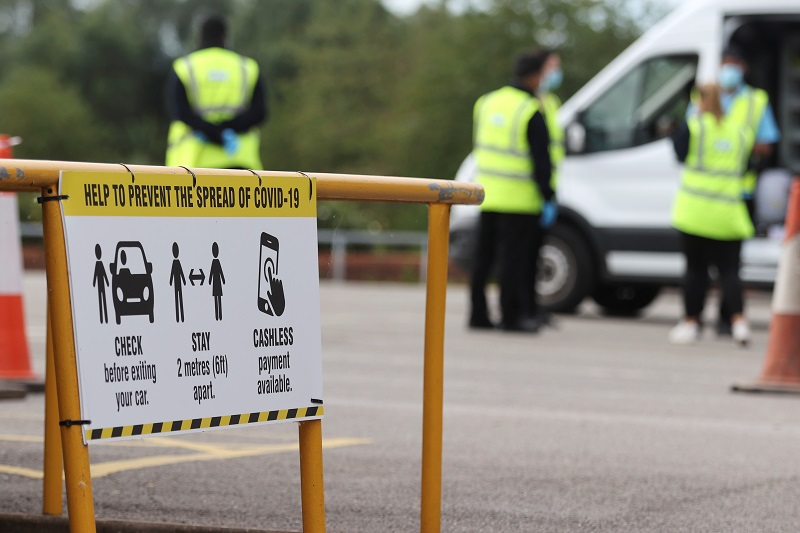 UK -In the United Kingdom, the new Delta Plus variant is advancing. Although, technically, it is called “AY.4.2”, it was detected for the first time across the Channel a few months ago and now represents more and more cases of the Coronavirus. Today we are at 11.8% of the total number of new infections (about 40 thousand per day), with a progressive growth since last September of 2.8%, according to the research group “React-1” of the Imperial College of London and the British public health company UK Health Security Agency.

The growing numbers of the new variant AY.4.2 evolved from the original Delta one. However, allow to analyze it and get to know it more thoroughly because more data is available. There is good and bad news.

The bad news is that AY.4.2 seems more contagious than even the Delta. The infection rate in the UK has risen from 1.57% to 1.72% in recent weeks. In addition, other studies have suggested that the new variant was 10-15% more transmissible: “We still don’t know why this happens,” said Professor Paul Elliott, head of React-1. In any case, this is a problem especially for the elderly and the most fragile, more exposed to the consequences of Covid, especially in the winter season and staying more indoors, also due to other viruses and colds various coughs a lot more.

But there also appears to be relatively comforting news. Although more contagious, the AY.4.2 variant seems to be less symptomatic than the original Delta strain. Out of the 100 thousand people taken into consideration by the study, 33% infected with AY.4.2 suffered from the classic symptoms of Covid or, worse, ended up in the hospital, against 46% of what happens with the “classic” Delta variant. In short, although more transmissible, AY.4.2 would seem (mandatory conditional) slightly milder than the parent strain.

Vaccines are also fundamental against AY.4.2, which form the first studies seem to work very well even with the latter variant expanding in England. Furthermore, according to React’s research, the third dose would reduce the risk of infection by 66% compared to those given only two doses.

Meanwhile, the Coronavirus has returned to racing in the United Kingdom despite a slight and illusory decline in the past two weeks (mainly due to the “half-term” closure of schools). However, since July 17, there has been practically no restriction or obligation to wear masks indoors. Yesterday cases even rose for the seventh consecutive day, reaching 38,263: in total in the last seven days 272,862, or + 15.1% compared to the previous week. Yesterday, London also recorded 201 deaths and 778 hospitalizations, down on the weekly figure. But, as seen in the past, their increase is often delayed compared to new cases.

For this reason, the Johnson government is pushing hard to administer third doses to the population, now open to all those over 40 years old: 13.5 million UK residents have already received it, or 23.5% of the population over 12 years. At the same time, 80.1% of the latter received two doses and 88.1% at least one.