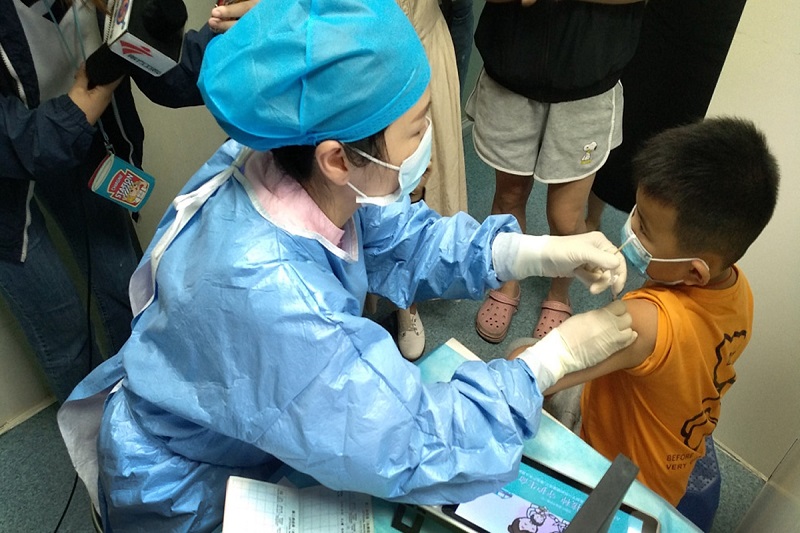 China -The world is concerned for Zhang Zhan, the 38-year-old Chinese journalist who first showed the world the Wuhan lockdown at the beginning of the Covid-19 epidemic. On a hunger strike for months, after being arrested and sentenced to four years in prison for “fomenting disputes and causing problems,” she is currently fed through a tube.

According to Amnesty International, Chinese activist and journalist Zhang Zhan, the face of dissent, “is in danger of dying.” Zhan has been in prison for almost a year for having reported on social media the COVID-19 management. For months, she has been carrying out a hunger strike that has exhausted her. “If she is not released to receive treatment, she risks dying,” Amnesty writes in a statement.

Chinese authorities arrested Zhang Zhan in May 2020 in Wuhan, where she went in February to gather information on the handling of Covid. On that occasion, she posted messages on social media. She denounced the arrests of independent journalists and the authorities’ pressure on the families of patients affected by Covid-19 so that they would not reveal anything.

In December 2020, a court sentenced her to four years in prison on charges of having “sown discord and caused problems.” Her brother wrote on Twitter last week: “I don’t think she will live very long, and if she can’t make it through the winter, I hope the world can remember her for what she was and did.”

The former lawyer then journalist, in February 2020 Zhan went to Wuhan to investigate the outbreak of the pandemic. She then denounced on social media the authorities who arrested independent reporters and intimidated the families of infected patients into remaining silent. Not only. The images of patients abandoned in the Chinese hospitals‘ corridors had given a dramatic picture of the health emergency.

Then in the following May, she lost track of her until she reappeared in jail in Shanghai. Since then, she has not been able to speak to the lawyer or meet her family members, with whom she is allowed rare telephone contacts under surveillance.