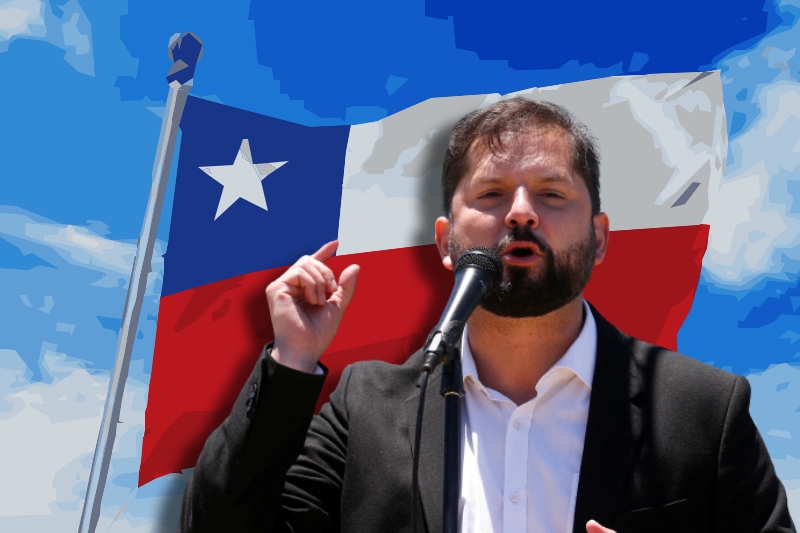 A leftist millennial, Gabriel Boric won Chile’s presidential election on Sunday. Boric will become Chile’s youngest President in March. He is a 35 years old leader. He will be sworn in as President on March 11.

He defeated his rival José Antonio Kast in the election. Boric won with 56% votes and Kast lost with 44% of the votes, reported the Electoral Service of Chile. During the election, both candidates offered different visions for the country. After the announcement of the result, Boric thanked the people of Chile for his victory. He also gave an extended shout out to Chilean women.

Reportedly, on Sunday, Kast accepted his defeat and congratulated his opponent, Boric for winning the election. He also wrote on Twitter to support the new President. He tweeted, “From today he is the elected President of Chile and deserves all our respect and constructive collaboration. Chile is always first.”

President Sebastian Pinera, a conservative billionaire, held a video conference with Boric to congratulate him. He offered his government’s full support to Boric during his three-month transition. The call was broadcast publicly. Boric promised to do his best to bring progress to the country.

After winning the election, he promised to fight climate change by blocking a proposed mining project in Chile, which is the world’s largest copper producer. Reportedly, he also promised to end Chile’s private pension system.

Boric backed the mass demonstrations against inequality and corruption in Chile in 2019 and 2020. He rose to prominence during anti-government protests. The protests in 2019 showed the economic inequality of the country. It also triggered an official redraft of the constitution. Reportedly, Boric’s progressive policies always attracted the citizens. He belongs to a radical generation of student leaders who wants to see progressive change in the country.