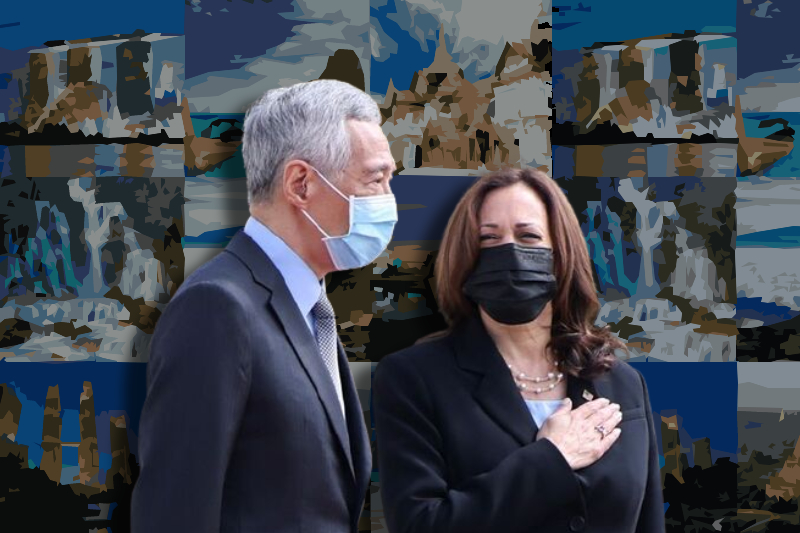 The United States is using friendly diplomacy to get back at China’s growing influence in the South East Asian region. Towards this, the Vice President Kamala Harris from Biden’s administration has already started a tour for which her first pitstop is Singapore.

She would later be visiting Vietnam as well. The United States is now focused on strengthening its relationship with key alliances in the region; more so due to the chaotic exit from Afghanistan that has shuddered everyone worldwide.

Ms. Harris is also expected to address economic and security issues as well as efforts to combat the COVID-19 pandemic. In showing respect and sense of responsibility towards efforts for peace, the Singaporean PM Lee Hsien Loong informed Ms. Harris how they had decided to name a species of orchid in her name.

After her meetings, the vice president is scheduled to participate in a joint news conference, and will also later visit the Changi Naval Base, where she is going to speak to American sailors aboard the USS Tulsa, a combat ship. Her message was focused on preventing any further loss of life and help to Afghans in these trying times. She steered clear of questions about how US could have mitigated the outcome in Afghanistan better.

In China, the reaction to this visit was that they feel that such visits to Southeast Asia by senior Biden officials are aimed to “woo these countries to form a ring of containment against China. But Southeast Asian countries are reluctant to choose sides between China and the United States, and America’s ‘wishful plan’ will end in failure.” There is definite sense of fear from the way China has been exhibiting its growing battle power.  In her visit, Ms. Harris has spoken about positive alliance with Singapore aimed at combating cyberthreats, tackling climate change, addressing the Covid-19 pandemic and alleviating supply chain issues as well. Political analysts believe that the best way ahead is for VP to not put too much pressure on strengthening ties against China and concentrate more on their ever-growing trade alliance.

There is no denying that Singapore is important in America’s scheme of things for the fact, Singapore is the anchor of the U.S. naval presence in Southeast Asia and has a deep trade partnership with the U.S. But it also does feels compelled to maintain strong ties with China and a position of neutrality amid increasingly frosty U.S.-China relations.