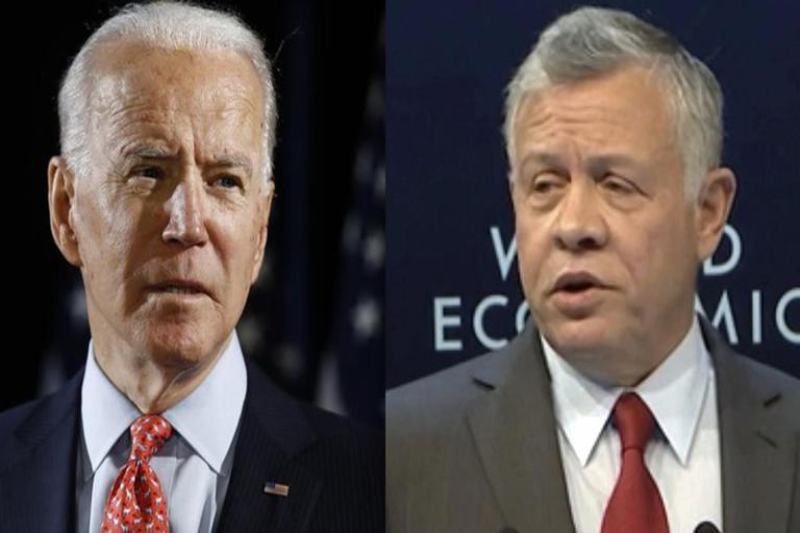 US President Joe Biden is all set to host Jordan’s King Abdullah on Monday – what is said to be the first of his three meetings with leaders from the Middle East.

Jordan is a key US ally in the somewhat volatile region.

It is termed as a turn of fortune for the 59-year-old monarch – Jordan’s King Abdullah II – as he has been dealing with a series of external and domestic crises.

Abdullah faced down a challenge to his authority in April from his cousin, Prince Hamza. He will have his first Oval Office talks with President Biden since the latter took power in January.

The king has ruled Jordan for the past 21 years but he shared a difficult relationship with Biden’s predecessor, Donald Trump, who he believed was leaving his country out from regional developments.

Abdullah, on Tuesday, will have a working breakfast with Vice President Kamala Harris at the vice president’s residence. He will also meet Secretary of State Antony Blinken at the State Department.

Abdullah enjoys a unique role in the Middle East – seen by US officials as a moderate and pragmatic administrator who can play a mediating role.

His visit to the White House is to be followed on July 26 by the Iraqi Prime Minister, Mustafa al-Kadhimi. On the other hand, the US and Israeli officials are at work on scheduling a meeting between Biden and new Israeli Prime Minister Naftali Bennett soon.

In 2017, the Monarch told Trump that his decision to recognise Israel as the capital of Israel is going to have “dangerous consequences on the stability and security of the region” – according to a palace statement.

That was, however, dismissed by Trump.

Although Jordan has full relations with Israel since 1994, the king opposed the deals that the Trump administration brokered in 2020.