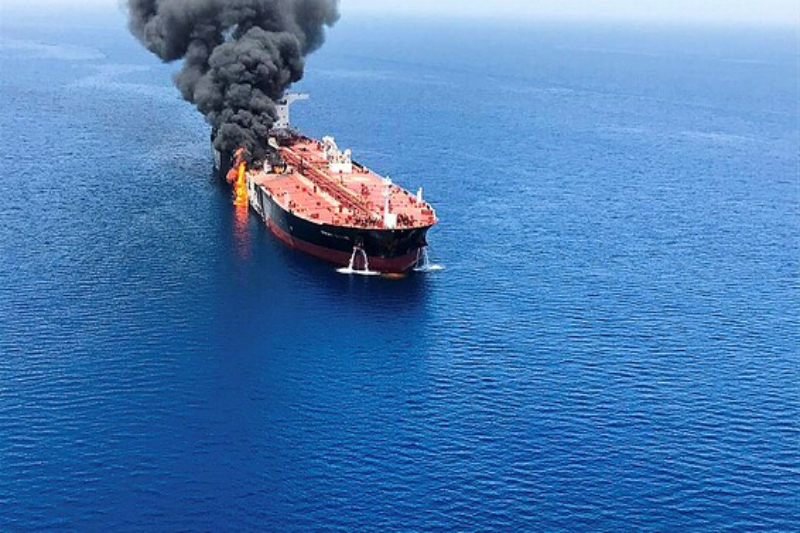 One of the Israeli ships travelling from Jeddah to United Arab Emirates was strangely attacked, an attempt which seems to have been made by Iranian forces, sources have claimed.

The ship was possibly hit by a missile but no crew was hurt in the attempt to sabotage the ship, which then travelled comfortably to its destination.

Ship-tracking data from Refinitiv Eikon showed the CSAV Tyndall container ship, which sails under a Liberian flag, was last docked in Jeddah and was now off the coast of Dubai.

Apparently, the cargo ship that is owned by Israeli business tycoon Eyal Ofer, was attacked by suspected Iranian forces as a retaliation to Israel’s previous hit. Israel and Iran have been arch enemies for the longest time. Ofer had some month’s back sold his stake in the vessel.

The cargo ship had recently been taken over by another company, with no Israeli connection whatsoever. The incident comes after 10 days of a massive destruction at the Iranian Nuclear site as well. Apparently, this site had been on a list of targets that Israel presented to the Trump administration early last year. It is one of Iran’s main manufacturing centers for the production of the centrifuges.

Israel has been openly attacking Iranian ships carrying oil since 2019, especially in the Mediterranean and Red Sea.

Since ships with ties to Israel started coming under fire in March and April, the United States has provided Israeli ships in the Persian Gulf and nearby areas with escorts, and given warnings about Iranian intentions to attack them, according to U.S. and Israeli intelligence officials.

The last warning of a possible Iranian attack, which came from the American intelligence community, was on June 1, the same day that David Barnea, the new chief of the Mossad, the Israeli intelligence agency, took office, an intelligence official said.