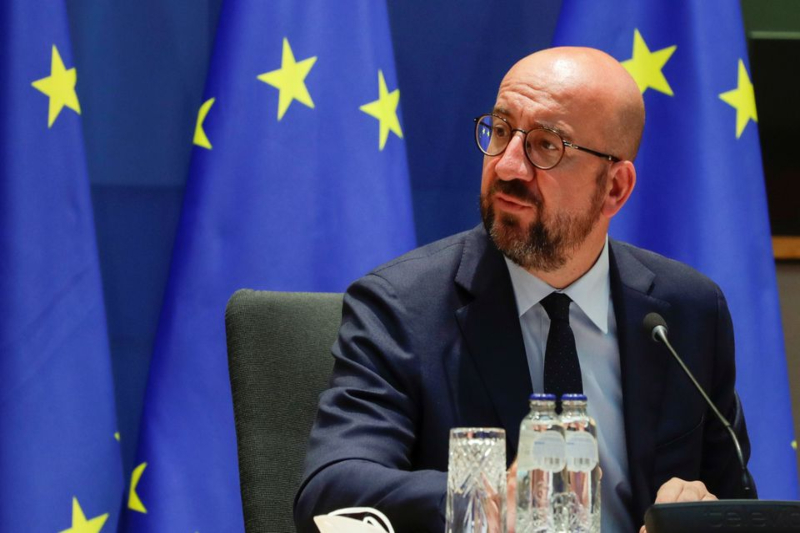 EU condemns Belarus’ usage of migrants as a political tool

The Lithuanian government, on Friday, declared a countrywide emergency as the flow of mainly Iraqi migrants arriving from Belarus surged to around 150 per day.

This count has hit its highest toll in the last three years.

“My European Council colleagues are very clear that the Belarus authorities, by using irregular migration tactics, is trying to put pressure on the European Union, including Lithuania,” Michel spoke to a news conference in Vilnius with Lithuanian President Gitanas Nauseda.

“The European Union is with one voice, loudly, condemning the pressure exerted by using the migrant tactic. I want to express European Union solidarity,” he added. “It is my wish to tell Lithuania of the member states’ solidarity.”

Michel also announced to speak with Iraq’s president next week to discuss the repatriation of Iraqi nationals.

According to media reports, between Friday and Monday, a total of 560 migrants crossed the 679-kilometre (422 miles) border of Lithuania and Belarus, bringing the count to 1,232 for this year.

“It is very complex to communicate with the regime whose legitimacy is not recognised by us, and which is sending the migrants on purpose – as a political tool – and not by mistake or negligence,” Nauseda told the news conference.

On May 26, Belarusian President Alexander Lukashenko had said that his administration would not prevent migrants from crossing via its western border into the EU.

EU followed this with the imposition of sanctions by the EU after a plane was forced to land in Minsk, where a Belarusian dissident journalist on board was arrested.

On the other hand, the United States, United Kingdom, and Canada expanded their sanctions on Belarus, following human rights abuses by Alexander Lukashenko’s authoritarian regime.

As per CNN, the partnering forces, in a joint statement, said that they were “united in our grave concern regarding the Lukashenko regime’s surging attacks on human rights, fundamental freedoms, and international law.”