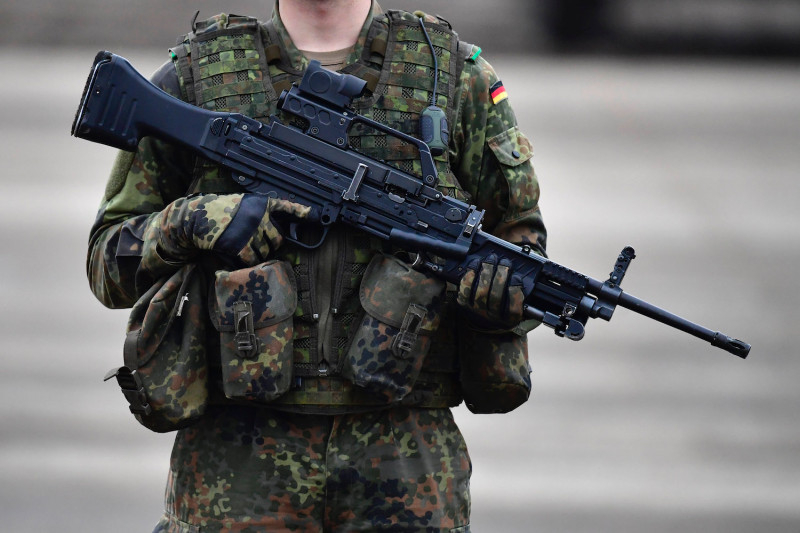 Germany confirms its desire to strengthen Defense and increases the budget for 2022. There is talk of 50.3 billion euros, with an increase of three billion compared to the program planned for the previous year. A move that is not surprising given the interest of the executive led by Merkel in restructuring the German Defense. But it is also a sign of how central the role of the armed forces has returned to Berlin.

Someone talks about militarization, especially on the left. But regardless of the fears for a return to a militarist wind in Germany, what is certain is the Berlin attempt to revitalize a sector affected by a profound crisis for decades. How the country has greeted the withdrawal from Afghanistan, without any gratitude on politics, also exposes the problem. After the attacks in Mali, parties have already asked Minister Annegret Kramp-Karrenbauer to withdraw from the Sahel and Minusma mission. The abandonment that Berlin has already denied is also because Germany is playing a whole game in the Sahel for the EU defense hierarchies. But it is an indication of how the German population is essentially very unwilling to go to missions abroad and use the armed forces.

However, the Grand Coalition does not seem oriented like this pacifist part of the country. Angela Merkel, close to the end of her mandate, has shown in recent years that she does not want to leave Germany as an economic power but utterly devoid of a military structure adequate to its role as a European power. And the confirmation came from the defense minister, the chancellor’s daughter, who, with the approval of the annual budget by the parliamentary commission, spoke of this expenditure as a “welfare budget.” You then reminded the public that defense funds are “the budget for life in peace and freedom” and that money is here to “guarantee the rights of future generations.”

The words of the owner of the Defense encapsulate better than any other definition the role that Germany has decided to assign to military funds. According to the government plan, with these 50.3 billion, the country will be able to complete the rearmament and modernization programs already underway and, above all, to develop the new projects on which German industry is aiming. Berlin has given the green light to continue and strengthen the Scaf project, the Franco-German-Spanish model for sixth-generation hunting. But there are also essential innovations from the naval profile, with Deutsche Marine having the opportunity to develop the 212 CD submarines made in tandem by Germany and Norway. In addition, to acquire the Sea Lion and Sea Tiger helicopters, ships for intelligence, and fuel transport and strengthen its antispam surveillance system by providing for the purchase of new Poseidon P-8s from Boeing. Finally, Deutsche Marine will have the green light to acquire the Naval Strike Missile long-range missile system to replace the Harpoon system: in this case, in collaboration with Norway.

The idea is that in Berlin, they have clear ideas about the future. The prospects for the European fighter serve above all in terms of politics and strategic autonomy vis-à-vis American projects and the Italo-British-Swedish competitor Tempest. But the strengthening of the naval component also indicates a specific desire to armor the seas in an era in which the security of the Baltic and other areas in which German forces will be involved in NATO and beyond will be increasingly central. Germany does not like its military strength: but in an era characterized by chaos and a continuous state of crisis, strengthening its military apparatus, both physical and digital, seems to be on the agenda even on the German federal agenda.