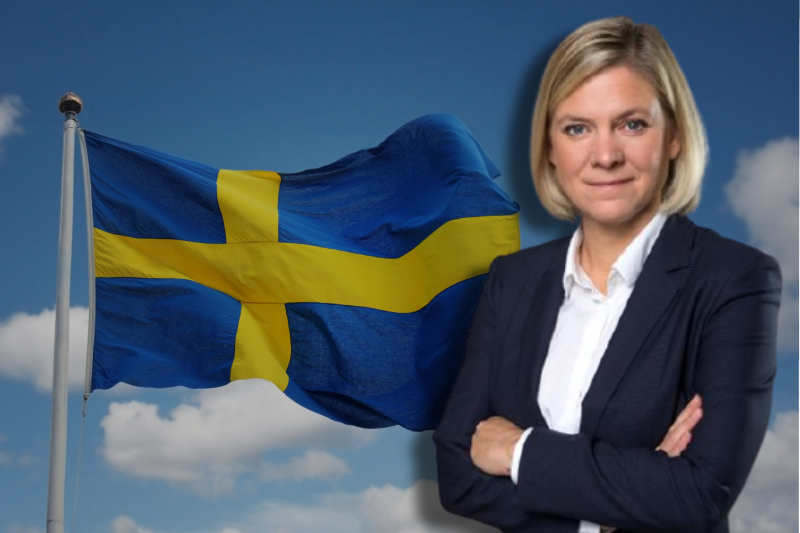 According to media reports, she has not succeeded in garnering the support of a left-leaning party. However, the vote in the 349-seat Riksdag had been set for Wednesday at 9 a.m.

Andersson had informed the speaker that there was still no agreement with the Left Party, but the negotiations had been good.

Under the Constitution, prime ministers can be nominated as long as a parliamentary majority, a minimum of 175 lawmakers, is not against them.

“I am all set to do what is necessary to ease the problems that our country is facing,” Andersson told a news conference.

Climate change, a law to achieve climate neutrality in Europe by 2050

She seeks to secure the backing of a couple of smaller parties that supported Sweden’s previous center-left government led by Stefan Lofven. The Center Party has clarified that its lawmakers will refrain from voting against Andersson.

The new leader of the Social Democratic Party currently holds the guaranteed support of 100 seats.

Together with her allies — including 27 for the Left Party — she sees 174 seats. Although technically, that would be one short of a majority, it is expected to be enough as the opposition is divided and cannot agree on voting against Andersson. It merits mentioning that some lawmakers have announced abstaining from the vote.

Left Party leader Nooshi Dadgostar said that her party is ready to offer its mandate to get a new government and a prime minister, but the talks are now focused on pensions for 700,000 Swedes, which, according to her, “is a core and a critical issue.”

She said that if there was no agreement with the Social Democrats, “we will vote red against Andersson”.