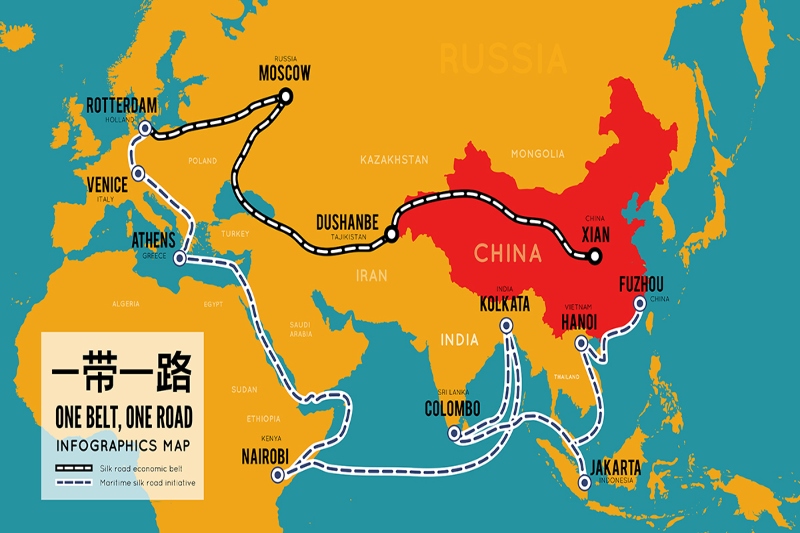 China’s Road and Belt initiative has received a lot of criticism from all over the word even though as a nation, China has been actively promoting it and making it work in its favour.

Western countries are totally against the project and hence are making plans to stop the thunder that has come with this initiative. The European Union has announced a  €300 billion ($340 billion) initiative to counter China’s Belt and Road initiative. This project aims to create “links, not dependencies” around the region.

The EU is planning to promote a global getaway so that it can meanwhile help in mobilising investments in its favour in various digital, clean energy and transport networks. The initiative is also aimed at improving health, education and research systems all over the world.

As per World Bank, there is nearly a $2.7 trillion gap that low and middle-income countries are facing. The gap is basically based on the infrastreis model that is hugely lacking in these countries and was all the more visible during the pandemic.

The same was stressed by the EU commissioner of international partnerships. Jutta Urpilainen talked about the project saying, “With the Global Gateway we want to create strong and sustainable links, not dependencies, between Europe and the world and build a new future for young people.”

Even the president of the EU Ursula von der Leyen complimented the plan saying that this project is the true alternative to China’s global infrastructure program. She also added that China’s project has been continuously targeted by some of the countries for huge debts since its inception in 2013 and yet it is still in motion.

She suggested that the EU’s plan is better than China’s project as she stated that some of the countries need better and different offers for finance which the EU’s initiative will offer in the next six years.