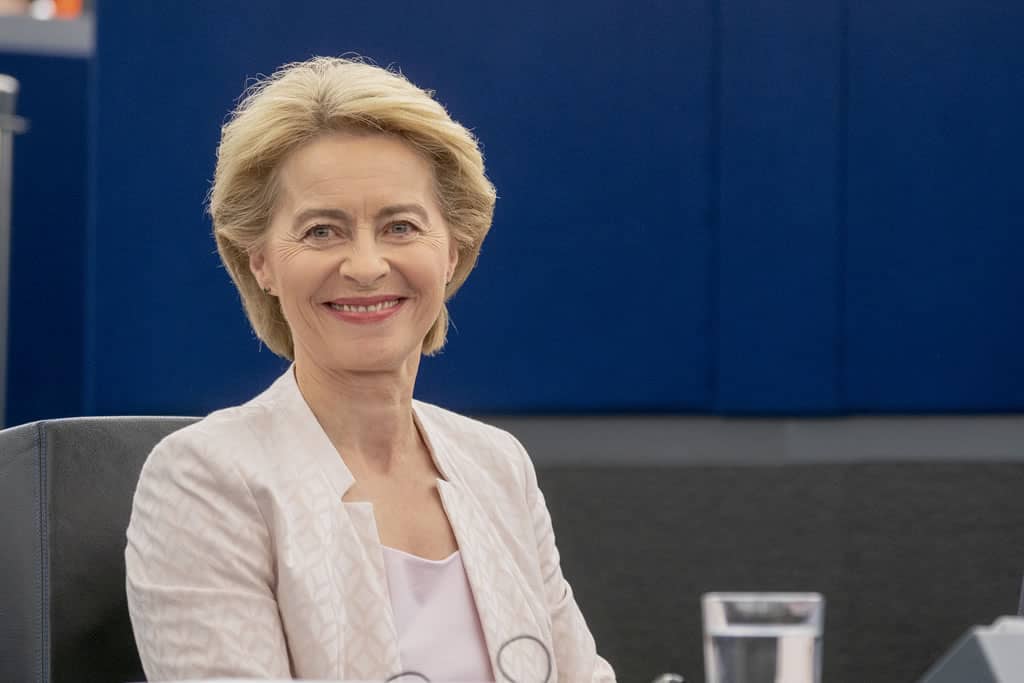 The European Commission President Ursula von der Leyen delivered her first State of the Union speech in which she outlined her vision for the future of the European Union. The commission is responsible for drafting laws and regulations for the EU, enforcing the rules and also has power to impose fines on European Union members if necessary. In her wide-ranged speech von der Leyen stressed on five key sectors that are included in her plans for the Union.

The address by EU chief included predominantly the coronavirus pandemic response. Mrs. von der Leyen said, “A virus a thousand times smaller than a grain of sand exposed how delicate life can be.” She praised EU’s multi-million euro recovery package as a “chance to make change happen by design, and not by disaster.”

“We turned fear and division between member states into confidence in our union. We showed what is possible when we trust each other,” Mrs. von der Leyen added.

The former German defence minister said that a global health summit would be held next year in Italy. Furthermore, EU would establish a new agency dedicated to biomedical research and development.

“A virus a thousand times smaller than a grain of sand exposed how delicate life can be.”

The first woman EU chief went in detail about the environment and current climate crisis being faced globally. She announced her ambitious goal of cutting down greenhouse gas emissions from the bloc. The target Mrs. von der Leyen notified was to decrease emissions by at least 55% by 2030 as compared to 1990 levels. This is an upgrade in goal from initial 40%. She said, “There is no more urgent need for acceleration than when it comes to the future of our fragile planet.” She continued, “While much of the world’s activity froze during lockdowns and shutdowns, the planet continued to get dangerously hotter. The 2030 target is ambitious, achievable and beneficial.”

A meeting next month of EU leaders will decide on the agreement of target. It is expected that some eastern countries of bloc who rely majorly on coal for energy will provide some resistance.

She also relayed that 30% of the post-coronavirus recovery package which is €750bn will be assigned to climate friendly projects to which all EU leaders have agreed to.

The brief mention of UK’s exit from the EU received the loudest applause from European Parliament members. She said, “The withdrawal agreement cannot be unilaterally changed, disregarded or dis-applied. This a matter of law, trust and good faith.” The reference was to the contentious bill by UK government that seeks to bypass parts of Brexit deal with European Union.

Mrs. Ursula called for increased technology investment so as to stay in pace with China and US. She said, “We want to lead the way, the European way, to the Digital Age: based on our values, our strength, our global ambitions.” Out of €750bn coronavirus recovery package 20% will be dedicated for investment in digital projects and additional €8bn to be utilized for next generation of supercomputers. The EU chief called for a “twin green and digital transition at a time when the global competitive landscape is fundamentally changing.”

Ursula von der Leyen said that five years since 2015 migrant crisis there have been many divisions within the EU and “some of those scars are still healing today.” She addressed the audience saying, “If we ae all ready to make compromises we can find a solution. Migration is a European challenge and all of Europe must do its part.” She said that leaving thousands of migrants and refugees stranded and homeless after fire broke out in Moria migrant camp in Lesbos island of Greece has brought up the issue back to forefront.

She relayed that next week the Commission will present a New Pact on Migration. She said, “We will take a human and humane approach. Saving lives at sea is not optional.”