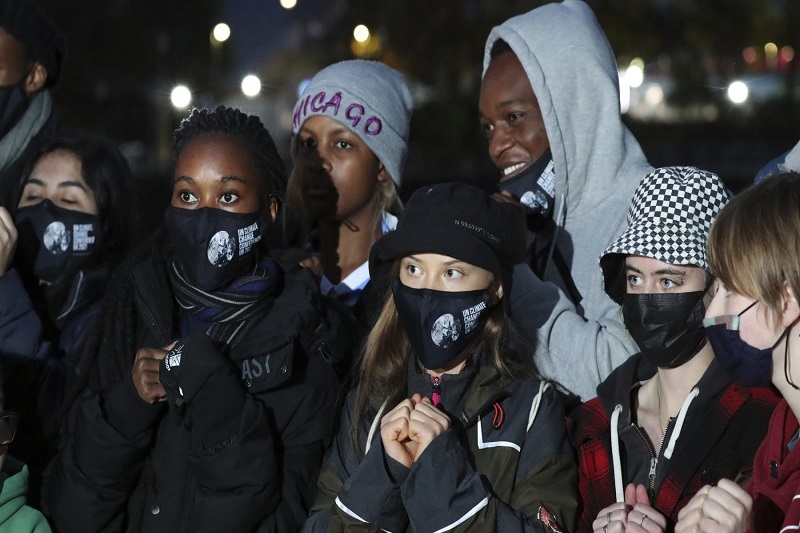 Glasgow -“This is treason,” said Greta Thunberg and three other young activists, Vanessa Nakate from Uganda, Dominika Lasota from Poland, and Mitzi Tan from the Philippines. The four environmentalists have launched an online petition that has reached one and a half million signatures in a few hours. And who, after the G20 in Rome and the COP26 just started in Glasgow, accuses world leaders of continuing to do practically nothing to save the planet: “For us, it is not a surprise.”

The manifesto is called “Emergency Call for Climate Action!”. “We are catastrophically far from the crucial goal of limiting the temperature increase to one and a half degrees,” reads their text, “as governments continue to spend billions on fossil fuels. That is the red alert for the Earth. Millions of people will suffer the consequences of this devastation. The future that awaits us is terrible. But it can be avoided. Because you “, addressed to readers and signatories, have the power to decide.”

The petition is not only yet another appeal launched by Greta to the politicians of the Earth, but also embodies the deep feeling of exclusion from the negotiations that especially the younger activists feel. Who, in these days, are protesting outside the Scottish Event Campus, where the crucial climate summit in Glasgow is held, for someone already a “Flop26”. The Swedish environmentalist, moreover, is not officially invited to the summit, and yesterday she reiterated in the street that “the true leaders continue to say only words. The real leaders are not in there, but we are”. We have met them.

Yaz, 26, has come a long way. “To be precise, about 400 miles”, or almost 650 kilometers, explains the young London physicist. It is the journey from the British capital to Glasgow. Yaz is part of the “Camino to Cop26” environmental movement, a group of “pilgrims” who have walked relentlessly to get to the top of the climate. “It was an extraordinary experience. It took two months”, he says, “but it was worth it: we raised 17 thousand pounds (about 20 thousand euros, ed.) In donations, we connected with other environmental associations but also with different religious communities: I am Muslim, but we went to churches, synagogues, and we all felt united in the name of the Earth.”

Ashmawy is pessimistic about the outcome of the summit. But what gives him strength is “the growing awareness of this challenge among adult citizens. And COP26 must take place here: the Industrial Revolution was born in the United Kingdom. Now we need another revolution”. He is perhaps the most famous young activist in his country. He has been in Scotland for two days.

Yesterday, he participated in some marginal event in the gigantic pavilion of this COP26.  The Philippines is made up of approximately 7,000 islands. Many, with climate change, could soon be submerged. “We have no other choice,” explains another young doctor and activist, “Manila could be a victim in a few decades, including the hospital where I studied. For us, staying below 1.5 degrees of temperature rise is vital. “. “We activists are young and willing, yet we cannot even sit at the tables of COP26”, concludes Jon, “once again, the same old leaders will decide.”

In addition to being an activist, this young woman is a nurse, and she came from Africa the other day to protest here in Glasgow, outside the gates of COP26 along the River Clyde. Patricia, 31, is an opponent of 77-year-old President Museveni, whom she calls dictator and who, in the words of Nobel laureate Wole Soyinka, “became what she fought for.” But the problem is even more significant.