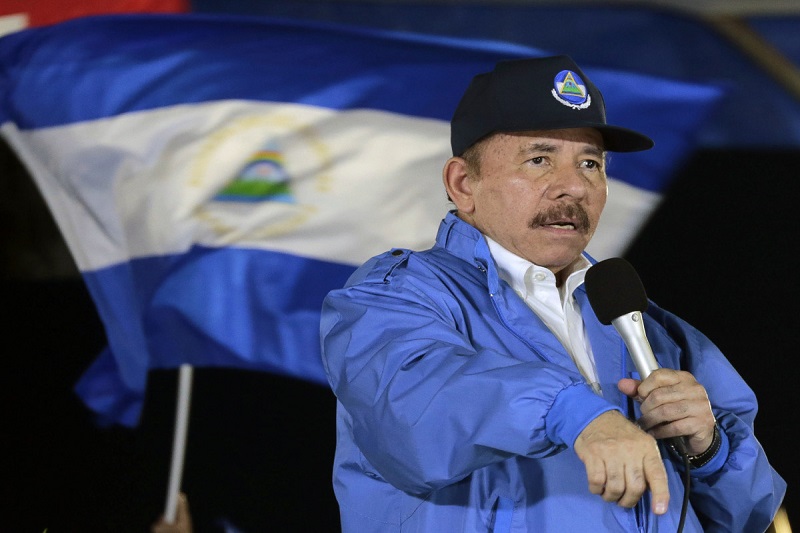 Nicaragua -Mixed messages are flowing through Nicaragua as they entered their election phased this weekend.  Many are calling it a joke and a sham. Strangely, the election process has not been seen as fair. Confirmed reports are saying that at least half a dozen likely presidential contenders were detained ahead of the vote. This was primarily done to clear incumbent President Daniel Ortega’s path to another five years in office. He has been working on doing this for the last one year.

Though five other presidential candidates were listed on the final ballot Sunday, none are seen as strong challengers. The situation is very similar to that of Belarus. According to Nicaraguan state media, voters turned out across the country to cast their ballots for president and members of the national assembly. “Massive participation in all the municipalities,” reported government-run outlet El 19 Digital, which described long lines conducted in “order, peace and tranquility.”

But the real situation is rather different from what the government-run news outlets are reporting. Amongst those arrested on trumped-up charges includes Among the arrested were former candidate and journalist Cristiana Chamorro Barrios (whose mother defeated Ortega at the polls in 1990); her cousin, the economist Juan Sebastián Chamorro García; former diplomat Arturo Cruz; political scientist Félix Maradiaga; journalist Miguel Mora Barberena; and rural labor leader Medardo Mairena Sequeira.

Again, on the lines of Iraq where blackouts were normal and internet access was cut off for a while last year, misinformation through social media channels is rampant in Nicaragua. The electoral process has also seen massive misinformation and the manipulation of social networks.

Facebook last week said it had removed a troll farm of more than 1,000 Facebook and Instagram accounts backed by the government. The accounts had been working to amplify pro-government content, according to the news agency. The whole election fiasco has been called a ‘parody’ by the world heads. Additionally, US President Joe Biden taken to public media said that “What Nicaraguan President Daniel Ortega and his wife, Vice President Rosario Murillo, orchestrated today was a pantomime election that was neither free nor fair, and most certainly not democratic.”