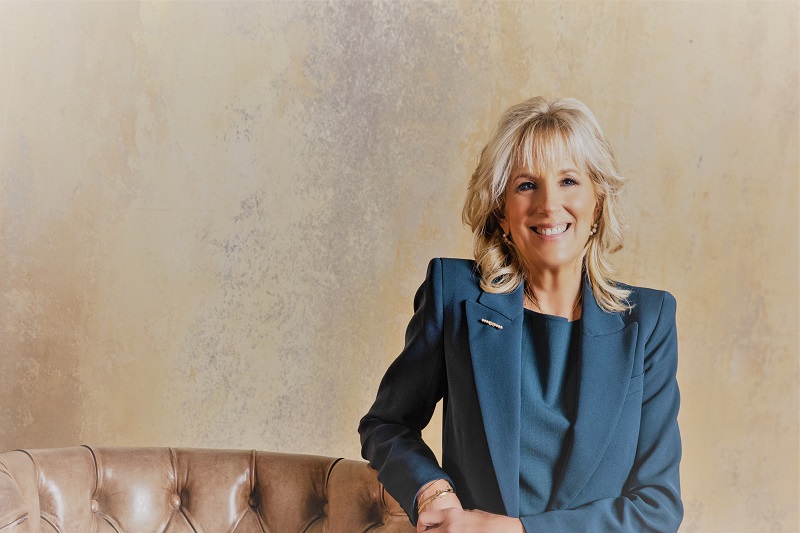 America –“On these cool afternoons, I love going to Jackie Kennedy’s Garden,” Jill Biden affirmed Thursday night at the 60th anniversary of the White House Historical Association honor gala, CNN reports. Association, Jacqueline Kennedy Onassis, writes CNN, in whose homonymous patch of green the current first lady likes to stroll to admire “the burgundy oaks and maples that shine on the ground,” she stated.

The banquet was taken at the Metropolitan Museum of Art in New York City, a place that is also a tribute to Kennedy. “She helped get the Temple of Dander given as a gift (to the Met) from Egypt after the United States helped save it from being flooded by the Aswan Dam.” She referred to a famous ancient artifact housed at the Met, annually submerged by floods created by an Egyptian dam constructed in the early 20th century.

Jackie Kennedy founded the White House Historical Association in 1961, a non-profit and privately-funded organization. Kennedy’s daughter, Caroline Kennedy, at the gala dinner, commented on a letter her mother sent to her friend Bunny Mellon – who would later become the designer of the White House Rose Garden – the day after the election. presidential. “The most terrible thing has happened – Kennedy wrote to Mellon – my husband won. We have to move to the White House. What squalor. All those tents”.

The White House Historical Association is the guardian of the White House, its artifacts, and its spaces. The association also supports many educational and information programs and has overseen several books on topics ranging from Chinese White House services to building architecture.

Rachel Lambert Mellon organized a picnic on a sunny August day at her home on Cape Cod. She certainly did not know that that afternoon would allow her to make her mark on the history of the most famous mansion in the world. It was 1961, and among the guests and a few friends, there was also the then president of the United States with the First Lady.

The two had just returned from France, explains Mellon herself in an official text for the White House Association, and had seen wonderful flower gardens there as in Austria and England. The White House did not have a garden of such splendour, and the Kennedys were determined to give one to history as the definitive sign of their passage. The two had understood the symbolic importance of a large and lush garden in an official residence and therefore asked Rachel “Bunny” Mellon, a dear friend of Jackie’s, to take care of it.

Arriving at the White House, Mellon was greeted with her friend Perry Wheeler (landscape architect) by the house’s friendly staff: she was ready to go to work. The space to be renovated was that of the Rose Garden, an area of ​​the garden characterized by four rows of privet hedges just over a meter high that ran along the house’s walls, and some Tom Thumb roses are hidden between one row and another.

No trees or plants decorated the area in front of the long porch that connected the Oval Office and the Cabinet Room, except for the ancient magnolia by Andrew Jackson. Mellon had to find a way to harmoniously unite the solid block of the central building and the West Wing with its two long colonnades; she found the inspiration a few months later by observing the beautiful magnolias in the streets of New York.