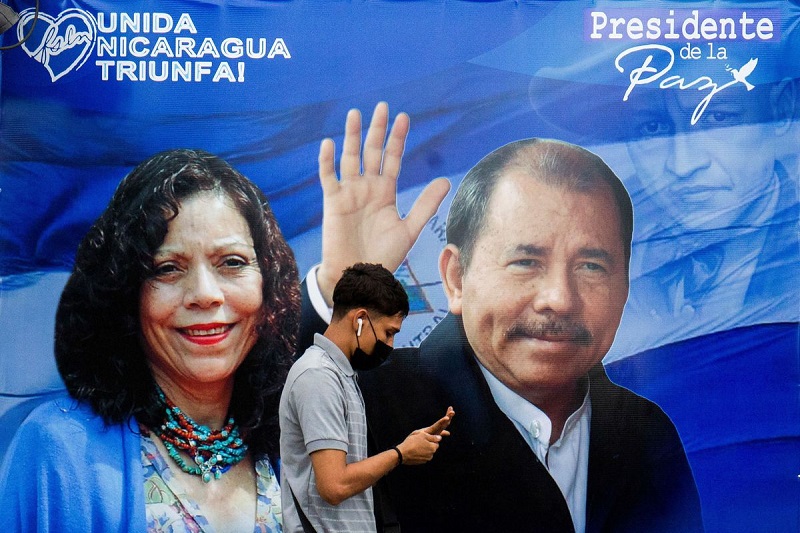 us set to sanction nicaragua after election

Nicaragua– Nicaragua is having general elections after a months-long campaign marked by several controversies, including a spree of arrests of presidential hopefuls and opposition leaders.

However, the longtime leader has overseen what rights groups and observers have said is a government campaign to strangle dissent.

In the build-up to the election, Ortega’s administration detained a total of 40 opposition figures, including seven presidential candidates. The United States and the European Union have denounced the contest as a sham.

The Biden administration is set to impose further sanctions, and diplomatic pressures on the Nicaraguan President’s government following elections set for this Sunday.

Escalating US criticism of Ortega as he is heavily favoured to win a fourth consecutive term, a senior State Department official said Friday that Washington saw the election as another episode of “dictatorship” in the country.

Nicaragua’s freedom is in a questionable state

Since the last election in 2016, the Nicaraguan President has abolished presidential term limits, furthered his family’s business empire and piled agony on independent media. Ortega has also jailed opposition contenders, journalists, activists, and business leaders. Furthermore, his numerous critics have gone into exile.

The US will keep its diplomatic presence in Nicaragua despite the election, which marks the end of Ortega’s democratic mandate, said the official.

President Joe Biden’s administration will put curbs on specific trade “interactions” with Managua and use its vote in financial institutions to discourage funding the “corrupt government.”

Biden is also likely to add his voice to the condemnation of Ortega by issuing a statement on Sunday.

Furthermore, Biden intends to sign legislation to pressure Ortega, who has arrested opponents and clamped down on critical media.

“You will see a broad international rejection of these fraudulent elections,” the administration official said.

On the other hand, Ortega has said that no sanctions would deter him from socially reforming the central American nation.