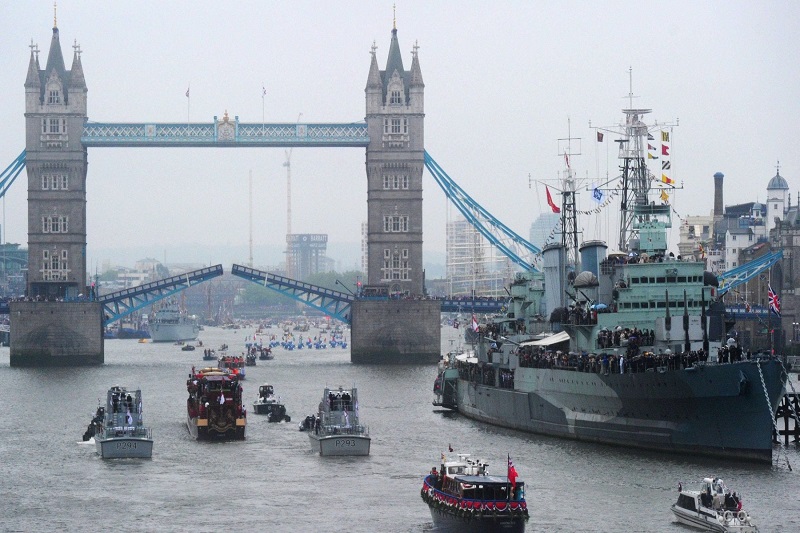 London -A couple of whales had entered it by mistake. And a seal was sighted there, also ended up in its waters by mistake. But now, a study reveals that various species of sharks live permanently in the Thames: and it is not an out of season April Fool’s Day, because the announcement reported by the BBC comes from the authoritative London Zoological Society, author of the study on behalf of the State of the Thames. Report.

English scientists identified at least three types of shark along the river nicknamed “the father” of England and which crosses the capital: the galleon shark, more commonly known as blue shark, which can reach up to two meters in length and for example, it is also present in the upper Adriatic; the starry dog, a smaller shark, generally between 50 and 100 centimeters even if some specimens reach the meter and a half; and the dogfish, a small shark usually limited to the salty waters of the seas, with a tapered snout and a size between one meter and one meter and sixty.

So far, no one has ever seen or photographed the fin of a shark among the boats that sail the Thames carrying tourists or commuters around. Yet researchers from the Zoological Society of London ascertained its existence with certainty along the 346 kilometers of the river, the longest in England, with a maximum depth of twenty meters.

The sharks’ presence, albeit small and of species that do not attack humans, confirms the essential news of the report. In addition, the quality of the Thames waters improved from 2007 to 2020, with a higher concentration of oxygen than in the recent past, when it was considered “biologically dead.” As a result, today, there are 115 species of fish, including the hippocampus, better known as a seahorse, as well as 92 birds. The number of marine mammals that populate its shores has also increased.

That does not mean that all the “Father Thames” problems have been solved, as anyone who looks out from one of London’s bridges over its mostly brown waters could confirm. The report stresses the need for the new 24km sewer system currently being designed, the Tideway Tunnel, which costs £ 4 billion to capture 39 million tonnes of sewage presently discharged into the Thames each year.

But the idea that sharks wallow in it indicates that even rivers given up for doom can be reborn. So, London can also boast sharks among its inhabitants in addition to those already working in banks. Among the brokers of the city, of course, some might be ironic, belonging to the species made famous by the cinema of the “wolves of Wall Street.”