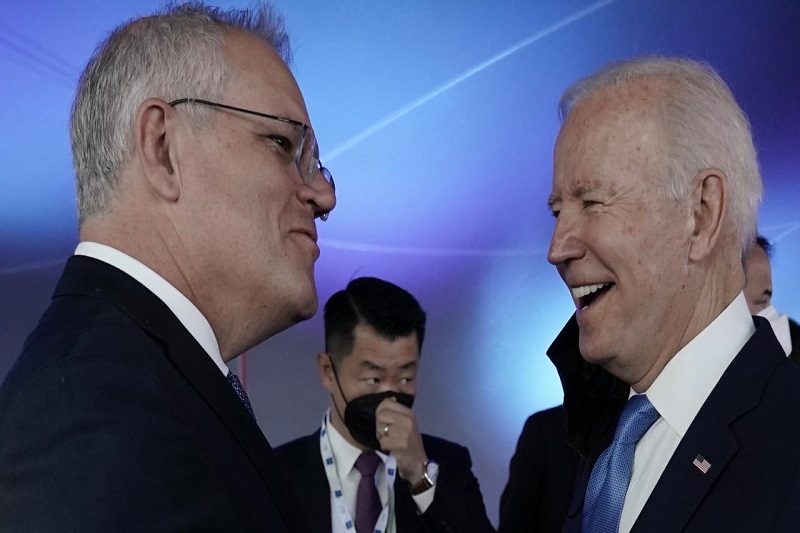 America -America has taken a big risk or as their national security advisor says, is betting big on the Australia-US alliance under AUKUS. Joe Biden’s National Security Adviser, Jake Sullivan has commented that America is ready to go all out, provided the other side is as committed as the Joe Biden government is.

Speaking at the 2021 Lowy Institute Lecture Mr. Sullivan was rather direct when he said that America is betting big, sharing nuclear technology with Australia. Also, that, the AUKUS deal proves Biden’s commitment to strengthening America’s relationship with its closest allies; right now, it’s Down Under.

Joe Biden’s leadership is a classic example of good relations, trust, and building bonds for a larger cause- democracy and fair governance. This is one reason; the US is taking its chances with a new trade partner. Australia has never invested itself heavily into the military, but its growing antagonistic relationship with China has forced it to prepare itself.

Promising trilateral Australia, the UK, and the US deal has got them to set an 18-month target to finetune the details on pact to acquire a fleet of nuclear-powered submarines.

Seeking answers on how France felt offended and cheated over the whole deal, Mr. Sullivan said that water under the bridge should not be revisited. What is more important is the commitment that US is exhibiting trusting Australia on strategic technological share.

President Biden has not shied away from apologizing to the French leader Emmanuel Macron for the blunder. France was furious over the commitment made and then Australia retracting from it, only to change its allegiance to America. Biden admitted that the handling of the AUKUS announcement was “clumsy” and insisting he did not know France had not been given advance notice of the decision.

On the flip side, France has said at the sidelines of the COP26 that France felt cheated with no professionalism displayed on the part of Australia. Asked whether he thought Morrison had lied to him by failing to give prior notice that the French deal would be terminated, Macron had said: “I don’t think so, I know so.”

Indeed, Australia has decided to tie the knot with America, keeping the European nations out of the equation, for the fight against China. But France would have liked to be a part of it, for the stakes it holds in the Pacific and considers itself a powerful nation.