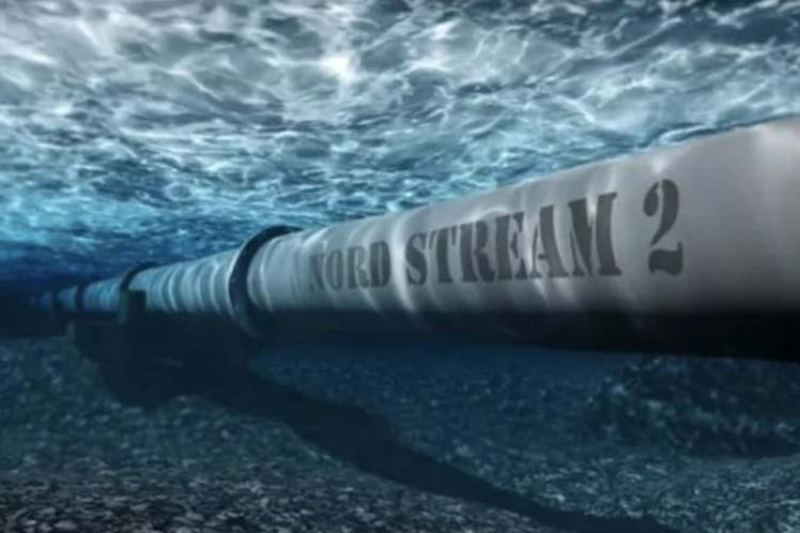 The Biden-Putin summit in Geneva was an epochal event, capable of marking the turning point with the Trump era and re-establishing relations between the U.S. and Russia. There have been talking of many issues, from cybersecurity to nuclear. “A positive encounter,” according to Joe Biden. Vladimir Putin called it “productive.” During the summit, at least to see the official press releases. However, there was no mention of what happened a few days ago: Biden decided to spare Nord Stream AG from sanctions, the leading company involved in the construction of Nord Stream 2, a company with headquarters in Switzerland but owned by the Russian company Gazprom, which builds the second arm of the pipeline that crosses the Baltic. Just under 60 kilometers to complete the doubling of the Nord Stream, which from the Russian terminal of Vyborg, on the border with Finland, goes to the German one of Greifswald, in the country’s north-east. The doubling of the trans-Baltic gas pipeline will bring about 55 billion cubic meters of natural gas from Russia to Germany, bypassing the Visegrad countries (Czech Republic, Slovakia, Poland, Hungary – V4).

That gas supplies Germany and Eastern Europe directly, continuing down, potentially as far as Italy. That is yet another energy dominance project. Together with the Turk Stream, operational since the beginning of the year, the Nord Stream 2 will flood the Old Continent with Russian gas, in line with the current objectives of the “energy transition.”

According to the American news site Axios, Biden’s brake is precisely due to the desire not to clash with Berlin over its energy policy, trying to safeguard the space for mediation. Germany has strategically linked itself to Russia, unlike France, which has never given up on atomic energy. For Berlin, natural gas is now indispensable. The decision to decommission all coal-fired plants by 2038 has focused entirely on a mix of renewables and gas. But Nord Stream 2 said the new head of U.S. foreign policy Antony Blinken represents “a bad agreement for Germany, Ukraine, and all our partners in Central and Eastern Europe.” Therefore, it would be a Russian geopolitical project destined to split Europe and weaken the energy security of the Old Continent.

The two heads of state also discussed the situation in Ukraine. In a note, the association committee of E.U. and Ukrainian parliamentarians, at the end of an informal discussion, said: “We are deeply concerned about the resumption of construction work on the Nord Stream 2 gas pipeline, we consider it a geopolitical project, not commercial, aimed at expanding the geostrategic influence of Russia on Europe ». The text continues by asking the E.U. leadership to review its cooperation with Russia, immediately stopping the pipeline’s construction. But now, it is only a question of diplomacy. The Russian Deputy Prime Minister, Aleksandr Novak, said that the pipeline’s structure would be completed by the end of 2021. That was also stated by Rainer Seele, CEO of the Austrian oil and gas company Omv, on the sidelines of the works of the International Economic Forum of St. Petersburg. On June 3, U.S. National Security Advisor Jake Sullivan met Jan Hecker, German Chancellor Angela Merkel’s foreign policy adviser in Washington, to discuss Nord Stream 2 and what it would imply for Germany. Ukraine. On June 12, during the works of the G7 in Cornwall in the United Kingdom, Merkel herself had an interview with Joe Biden, and the two also talked about Nord Stream and Ukraine. The German Chancellor believes that the two countries are “on the right track” and reiterated the importance of Ukraine in the transit of gas from Russia to Europe.

At the end of the project, Vladimir Putin’s Russia will have an increasing weight on the international stage. If Nord Stream 2 sees the light, in a few months, Moscow will have collected its third success after the start of Turk Stream and the start of supplies to China of the pipeline called Power of Siberia. The American president has preferred, for now, to take the path of forgiveness or somewhat of prudence. But the message is clear, especially for the G7 partners: U.S. diplomacy is back.