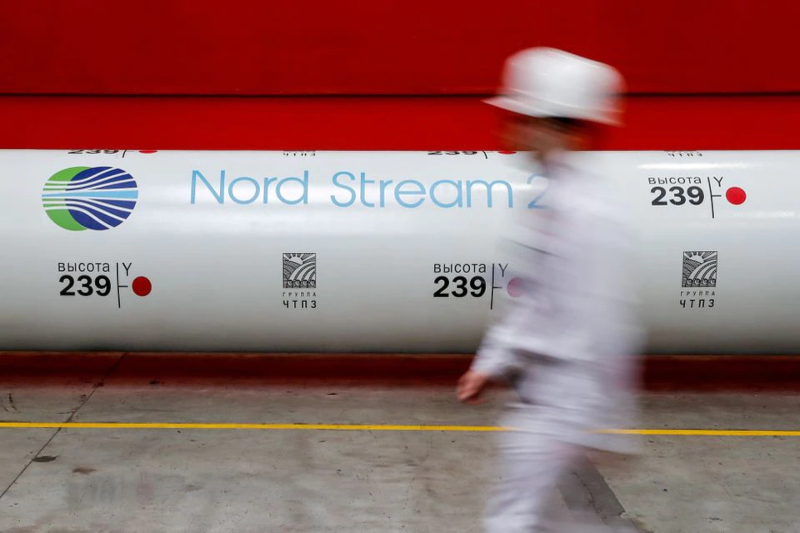 Geopolitics is being shaken to its core as a natural gas pipeline is being built under the Baltic Sea from Russia to the German coast. It is called Nord Stream 2. Making the project official the president of Russia, Vladimir Putin announced today that pipelaying for the first pipeline of the project had been completed and work on the second line was continuing.

Talking about the details of the project, Nord Stream 2 is a 1,230-kilometre-long pipeline that will double the capacity of the existing undersea route from Russian gas fields to Europe. It is being owned by Gazprom, Royal Dutch Shell Plc and four other investors contributing $11.6 billion. This pipeline weighs heavy importance as it will help Germany to secure a low-cost supply of gas amid falling European production. This will also diversify their portfolio other than having nuclear and coal. For decades, Russia has been sending about two-thirds of its gas exports to Europe through pipelines in Ukraine. However, the relations turned bitter after the Soviet Union collapsed and it left Gazprom exposed to disruptions.

It has become a huge reason of worry for the USA as they fear Kremlin’s leverage over Europe and its energy market may increase once the twin pipeline is operational. Former President Donald Trump and current President Joe Biden, both believe that this new export route would make Europe overly dependent on Russian energy supplies. Whereas, the USA is keen to increase its sales to Europe of what it calls freedom gas.

Coming as an obstacle in the construction of the pipeline, German climate protection group Deutsche Umwelthilfe mentioned that they have applied for Nord Stream 2’s construction and operating permit to be revoked in Germany. This is because the climate is being adversely affected due to the construction and the North Sea islanders fear rising sea levels in coming times if this continues.