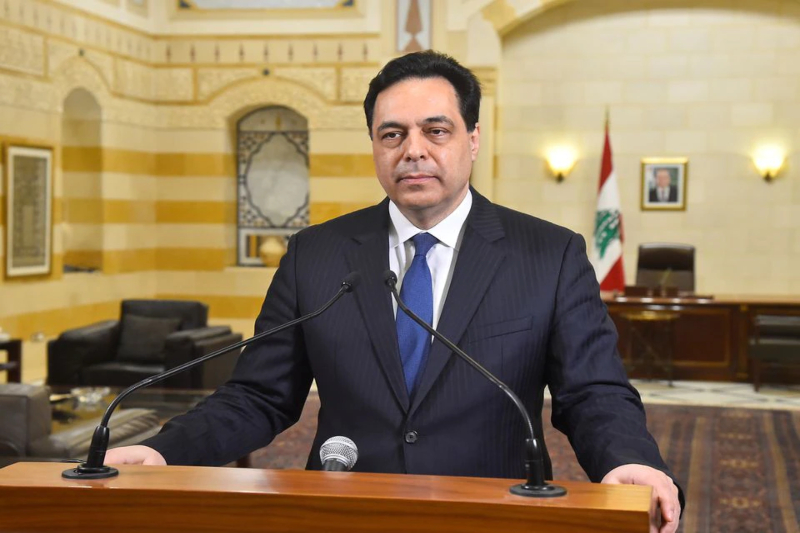 Lebanon is ‘days away from social explosion, PM Diab warns

Speaking about the economic crisis in the country, caretaker Lebanese PM Hassan Diab announced that Lebanon is just a few days away from the social explosion. Diab has called on the international community to help the country. The World Bank has called Lebanon’s crisis one of the worst depressions of modern history. As the country’s economic disaster worsens, meeting with ambassadors and diplomats meet to discuss the dark fate alone.

Diab appealed to the public administration and influencers to spread the message for regional and international leaders to help rescue Lebanon from a crisis that has seen the local currency lose 90 per cent of its value and left 77 per cent of households without enough food, according to the United Nations. Lebanon’s population now spend hours in long lines at gas stations trying to buy fuel, as residents struggle with power outages of up to 22 hours a day and severe medical shortages.

Diab mentioned to the ambassadors that he is calling on kings, princes, presidents and leaders of our friendly countries, and I am calling on the United Nations and all international organizations to help rescue Lebanon from its demise. He further added that Lebanese were running out of patience and linking Lebanon’s assistance to the formation of a new government has become a threat to the lives of the Lebanese and the Lebanese entity. The newly formed cabinet could re-start talks with the International Monetary Fund, however, this will take time to entail obligations on the next government that it may not endorse.

The World Bank has called Lebanon’s crisis one of the worst depressions of modern history. The currency has lost more than 90 per cent of its value and more than half of the population has been propelled into poverty. Anger over fuel shortages has spilt into fights at petrol stations and the prime minister appeared to be a warning of the prospect of more unrest.

The European Union’s foreign policy chief told Lebanon’s leaders last month they were to blame for the political and economic crisis and some could face sanctions if they continue to obstruct steps to form a new government and implement reform.