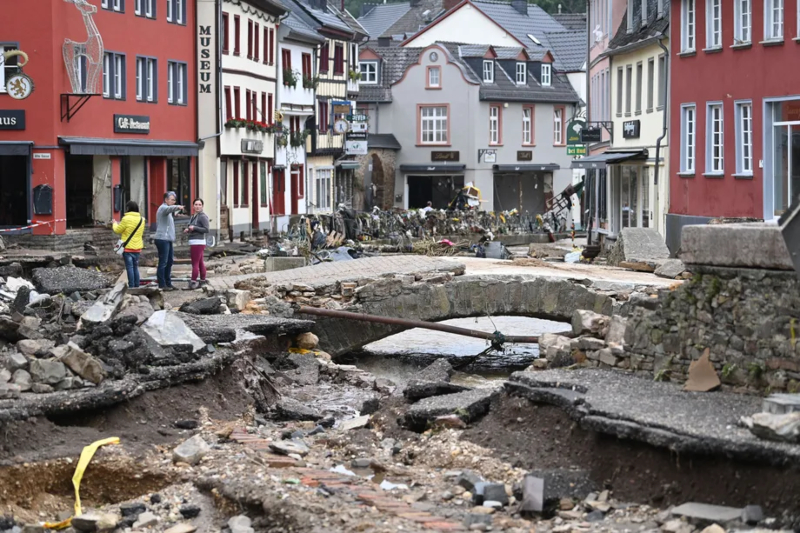 It has already been stated by several members of the German government, the most recent by the Minister of the Interior, Horst Seehofer. Furthermore, the European Union again sounds the alarm on the emergency linked to climate change, after the devastating floods that have already caused over 100 victims and thousands missing in northern Germany, Belgium, Luxembourg, and the Netherlands.

The president of the EU Commission, Ursula von der Leyen, at a press conference in Dublin, said that science tells us that we see more extreme weather phenomena with climate change, which last longer. The intensity and duration of these events are a clear indication “of the fact that they are favored by global warming.

Words that want to highlight again what should be the way forward for all European states, that of a massive energy transition that limits pollution and, consequently, global warming at the root of the current climate crisis. These “horrific events show that action is urgent,” said the head of the Berlaymont Building, adding that she had “activated the mechanisms to help the Member States” affected by the floods.

French President Emmanuel Macron wrote on Twitter that “my thoughts go out to the victims of the rains that hit Germany, Belgium, Luxembourg, and the Netherlands hard. France stands in solidarity in this test. Our support is already deployed in Belgium. It will be sent wherever it is useful”.

The toll of the disaster in Germany is dramatic, first of all in human lives: at least 141 victims and a thousand injured. In Belgium, too, there are 28 deaths and 103 people, of whom there is no news after the catastrophe caused by the rain. Bulletins constantly updated: these numbers, it is warned, will rise again. In the landscape devastated by the unstoppable force of water and mud, the material damage, priceless for now, is enormous.

Floods destroyed houses, shops, cars, and entire communities shocked, in their villages transfigured within hours. “Your fate rips our hearts out of our chests,” said the German president, Frank-Walter Steinmeier, interpreting the country’s general dismay for too many fellow citizens who, in this flood of unprecedented magnitude, did not survive. In Germany, 23,000 people mobilized in the flood regions and firefighters, police, and the TechnischeHilfswerk. In addition, the army intervened with 900 soldiers and their tanks to face the disaster. All the rescuers engaged in the operations are struggling tirelessly to help the population.