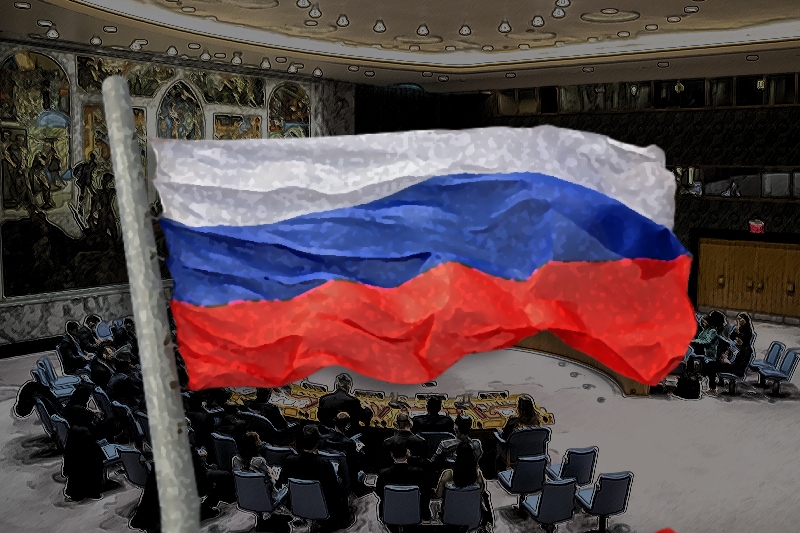 Something strikingly sinking has transpired in United Nations Security Council (UNSC) that brought years of relentless efforts by climate activists and organisations to a descended outcome in UN. Russia has used its veto power in one of its kind UNSC resolution that proposed to mould climate crisis as a direct threat to international peace and security.

The proposal was headed by Niger and Ireland and called for “incorporating information on the security implications of climate change” into various strategies by the UN Security Council to manage conflicts as well as its peacekeeping and political missions across nations. The proposal also called for making climate related security risks as a central component for all the council’s preventive efforts.

The impact of climate changes has been discussed by UNSC since 2007. The security consequences are seen vividly now – extreme heat and increasing temperatures have led to mass migration of people from African countries, increasing security risk in destination countries.

Other climatic changes like frequent floods and droughts, stronger storms and other such changes can trigger social conflicts that can potentially pose a “key risk to global peace, security and stability”.

The proposed resolution has won the support of 113 out of 193 UN member countries. The 113 countries included 12 of 15 council members who voted for in favor of the resolution. India and Russia vetoed ‘no’ for the motion while China abstained.

According to these nations, the issue must remain with broader UN groups including Framework Convention on Climate Change. The envoys of these countries added that addition of climate change issue to purview of council will only deepen ideology cliff between various member nations – something that was seen in Cop26 Summit in Glasgow last month.

Russia’s ambassador Vassily Nebenzia complained that proposal tabled in council on Monday would turn “a scientific and economic issue into a politicized question”. This will divert the council’s focus from “genuine” sources of conflict in various places and also give the council an excuse to intervene in virtually any country. “This approach would be a ticking time bomb,” he said.

However, the nations supporting resolution said that it is necessary given importance of climate change to our sheer existence, which right now appears under threat. “Today was an opportunity for the council to recognize, for the first time, the reality of the world that we are living in and that climate change is increasing insecurity and instability,” Irish ambassador Geraldine Byrne Nason said. “Instead, we have missed the opportunity of action and we look away from the realities of the world we are living in.”