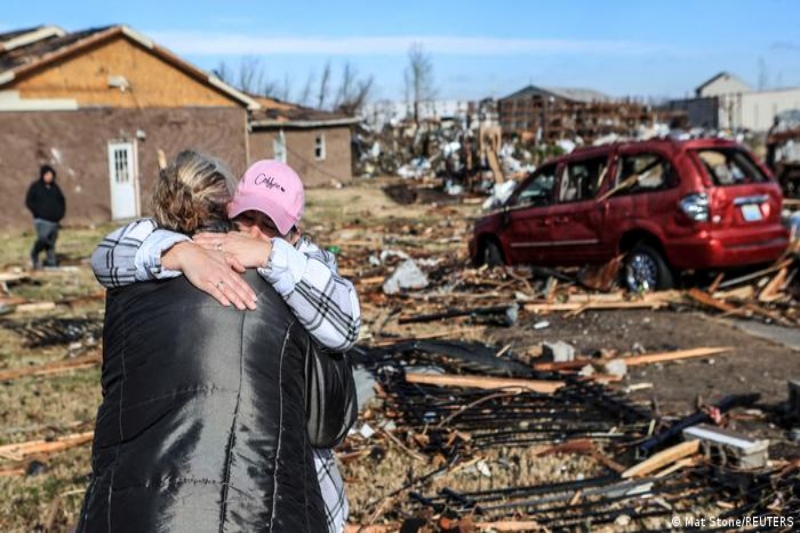 The financial aid also grants temporary housing repairs to the affected people.  Earlier, Biden also sent the heads of the Homeland Security Department and the Federal Emergency Management Agency (FEMA) to Kentucky to examine the situation after the tornado outbreak.

According to FEMA (Federal Emergency Management Agency), a major disaster declaration by the President offers a wide range of federal assistance programs for individuals and public infrastructure. The financial aid includes funds for both emergency and permanent work.

On Sunday, it was reported that more than 80 people died in Kentucky. Reportedly, many of them were workers of the Mayfield factory. Subsequently, Kentucky Governor, Andy Beshear requested the declaration on Sunday to help people in need.

The Governor reportedly said that one twister tore across 227 miles (365 km) of terrain, almost all of that in Kentucky. A candle factory, fire stations, and police stations were also destroyed severely in Kentucky. Biden accepted the request and ordered federal aid to Kentucky.

The tornado started on December 10 in many areas of the southern and central US. Joe Biden reportedly said on Saturday that the tornado outbreak was likely “one of the largest tornado outbreaks in our history.” Six workers were also killed at an Amazon warehouse in Illinois.