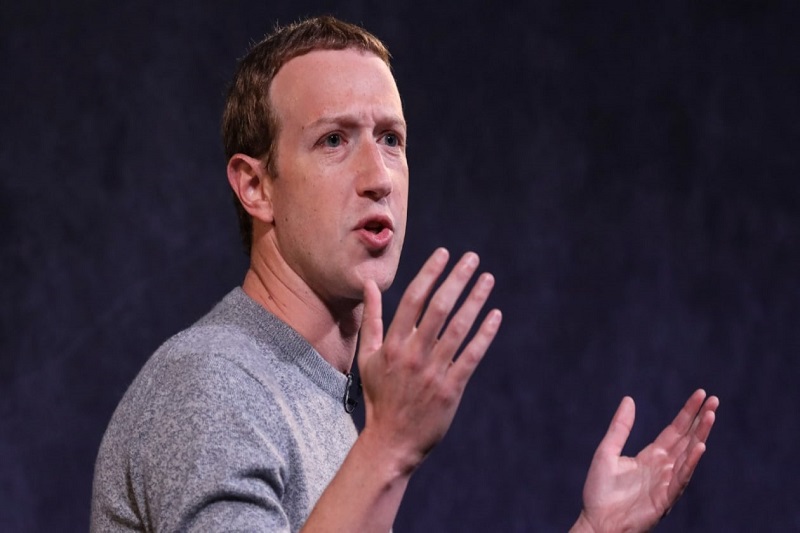 USA – Is social media our friend or foe? This debate has been ongoing ever since Facebook, the pinnacle of social media was just an emerging fad. Now the tech giant along with its acquired company Instagram has become a big part of today’s world. When Facebook and Instagram went down on Monday it was chaos across nations, the impact of which was well shown on the stock market. The timing couldn’t be poor for Mark Zuckerberg’s tech giant as the secret whistleblower bared open some hardening facts about the company’s operations, that are very well-fitting under the “unethical” headline.

A Facebook former employee has revealed some damning details of the global company’s operations that are a direct threat to the public. The whistleblower, Frances Haugen who worked as a data scientist at Facebook, said that the company chose to side with profit whenever there was a conflict between public good and what was beneficial to the company. The revelation caused the company to witness a 5% stock fall. Now the ball is in the court of the United States Congress as to what the country’s lawmakers will do to rein the social media goliath.

Who is Frances Haugen?

Frances Haugen’s identity was disclosed in Sunday’s “60 Minutes” interview aired on CBS Network, until when she was just an anonymous whistleblower who had filed complaints against the company with US federal law enforcement. The complaint that rocked the tech giant was that company is well aware through its internal research that how it enables and magnifies misinformation and hate through its platform. Facebook practically outweighs its own profits to the social moral obligation. 37-year-old Haugen joined Facebook in 2019 before which she worked at Google and Pinterest. At Facebook, she was working at the department that handles and eliminates misinformation.

What revelations are made by Haugen?

On Tuesday, Haugen testified before Congress and accused the social media company of chasing profits over the safety of citizens across the world. She added that it is time not to shut down social media, but to implement stricter government regulations and monitoring to help alleviate the perils and menaces the company poses. Haugen added that Facebook’s choices have directly harmed children, incited political violence, aired racial discrimination, fueled misinformation, and has been mentally assaulting vulnerable adolescents.

“The severity of this crisis demands that we break out of previous regulatory frames,” she said in her opening statement.

Haugen presented a wide range of condemnations of Facebook while testifying to Senate Commerce Subcommittee on Consumer Protection. She exhibited thousands of pages worth of internal research documents that she compiled before leaving her job as part of the Civic Integrity Unit at Facebook. She said that the company failed to take action on Instagram content after the internal research showed it was harming teens and was being dishonest by relaying misinformation and hate.

Pinning the ultimate responsibility on Mark Zuckerberg and top management for the company’s conduct, Haugen said the buck stops at Mark. She added it’s her belief that many times Mark Zuckerberg knew of the implications of certain content on the platform, but chose to ignore it as it was bringing more traffic to the network. “Facebook’s products harm children. Stoke division and weaken our democracy,” Haugen said. “The company’s leadership knows how to make Facebook and Instagram safer but won’t make the necessary changes because they have put their astronomical profits before people.”

Haugen also provided reference to links between Facebook activity and violence in Myanmar, Ethiopia as well as spying by Iran and China. “My fear is that without action, divisive and extremist behaviors we see today are only the beginning. What we saw in Myanmar and now in Ethiopia are the opening chapters of a story so terrifying no one wants to read the end of it,” Haugen said. She added that authorities at Facebook are well aware of the use of the platform to incite and carry out violence. Haugen shared of directly working on “tracking Chinese participation on the platform, surveilling, say, Uyghur populations around the world.” Her team also tracked the “active participation of, say, the Iran government doing espionage on other state actors.”

Zuckerberg wrote to his employees on Tuesday disputing the company’s portrayal by Haugen. He wrote, “At the most basic level, I think most of us just don’t recognize the false picture of the company that is being painted.” But he agreed that it is time to bring reforms in internet regulations. He added, “We’re committed to doing the best work we can, but at some level, the right body to assess tradeoffs between social equities is our democratically elected Congress.”

Ball is in Congress’s court now

The revelations and testimony by Haugen seem to have made an impact on Congress. Both Democrats and Republicans have shown a “rare unity” around Facebook’s failure to handle potential risks to teens and incitement of hate and violence. Bipartisan bills have already proliferated to address the problems. But it is a giant task at hand to get legislation pass through Congress. “The damage to self-interest and self-worth inflicted by Facebook today will haunt a generation,” Democratic Senator Richard Blumenthal said.

Haugen said, “I encourage reform of these platforms, not picking and choosing individual ideas, but instead making the ideas safer, less twitchy, less viral because that is how we scalably solve these problems.” She suggested, for instance, that the age limit must be set for Instagram users, citing they are the majority group impacted by the ill-effects of the platform.

It is time for us to take a step back, introspect and analyze how rapidly the social networks Facebook and Instagram have become an essential and embedded parts of our lives. It is not too late to stem it and pull the plug!