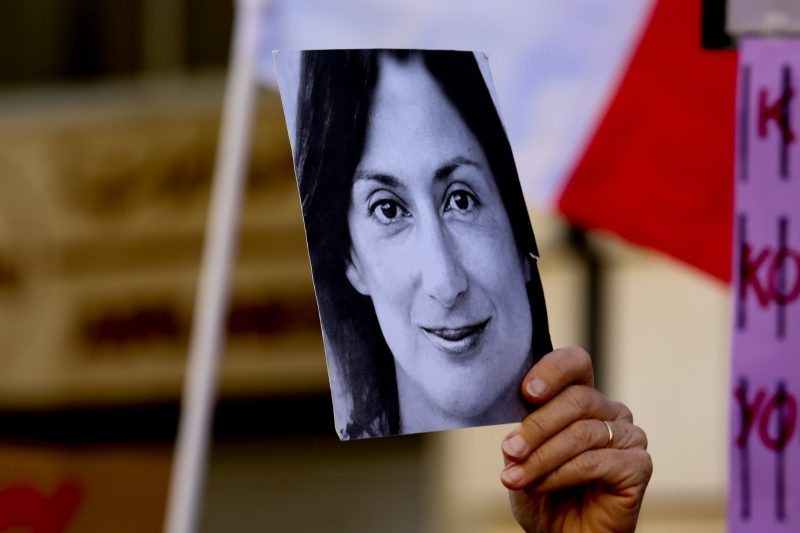 The State should take responsibility for the murder of Daphne Caruana Galizia. According to the Court, the Maltese investigative journalist killed with a bomb in her car on October 16, 2017, instead of being protected, was exposed to her enemies by a corrupt government whose tentacles reached the police leadership.

It is a sober judgment contained in the final report of the public investigation conducted – after the intense pressure of the Council of Europe – by a commission composed of former presidents of the Tribunal Michael Mallia, Joseph Said Pullicino, and Justice Abigail Lofaro and concluded last spring. Over the past two years, the public investigation requested by the reporter’s family has led to the testimony of dozens of people, including investigators, politicians, and journalists. Former Prime Minister Joseph Muscat, former Chief of Cabinet Keith Schembri, and former Minister of Energy and then of Tourism Konrad Mizzi (the only one who refused to answer in court) also testified in dramatic hearings. The aim was to establish whether the Maltese State had done everything possible to protect the journalist and then prosecute those responsible for the murder.

The judges wrote a 437-page report published in full by the Maltese media and broadcast yesterday first to Prime Minister Robert Abela, who this morning has already authorized the transmission despite having eight days, then to the Caruana Galizia family. The report affirms the State created an atmosphere of impunity generated by the highest levels of administration within the Auberge de Castille, the seat of the Maltese government in Valletta, whose tentacles have spread to other institutions like the police and regulatory authorities. That brought about the collapse of the rule of law.

The judicial investigation, still in progress, had a sudden acceleration in the summer of 2019 (almost two years after the arrest of the three material executors) when the businessman Yorgen Fenech, considered the mastermind of the murder, was arrested. The man was stopped trying to leave Malta aboard a yacht. The investigations have resulted in several other corruption and money laundering investigations that led to the arrest of Keith Schembri. In February, one of the three men accused of the murder pleaded guilty, negotiating a sentence of 15 years in prison. The trial for the other two accomplices has yet to begin.

Joseph Muscat, former prime minister of Malta, resigned at the end of 2019, following protests demanding the truth about the reporter’s assassination. Caruana Galizia, with her articles, had denounced the corruption of politicians both in the government and in the opposition. In a statement on Facebook, Muscat decided to take distance from the “state of impunity” mentioned in the report, noting that the arrests of the alleged hitmen in two months and of the principal a few months later mislead any impression of impunity that the alleged perpetrators may have had. And he pointed the finger at previous governments which committed high profile crimes, but no one was prosecuted.”

In the report, the commission made many recommendations to improve laws and better protect journalists in Malta. However, Prime Minister Robert Abela called for a mature analysis of the report beyond the arguments of the part. We must learn the lesson, and reforms must continue with more incredible determination, Abela suggested in a post on social media.