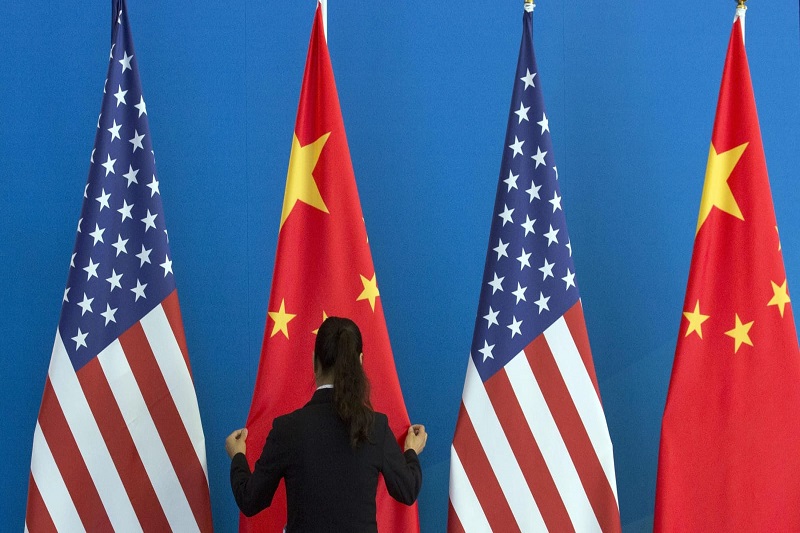 China -It is no more hidden that the United States and China have decided to go their separate ways and neither of them is willing to let the issues between them die down. They have officially made it clear that they are two superpowers who will not be coming together anytime soon.

The US has also led the quad program which consists of the countries that are frustrated by repeated attempts of China to take over their colonies. This had clearly made China very upset. Chinese officials repeatedly asked the US to mind their own business and not interfere with regional matters.

However, the US is well aware that if China continues to expand, it will soon overpower the American side. Taiwan is one of the nations that had odd relations with China and is seeking international help to set the affairs straight. The requirement for help especially grew after China initiated military motives towards Taiwan.

The People’s Republic of China launched a total of 155 warplanes into the air defense system of Taiwan. The Taiwanese officials have expressed deep concerns over Chinese activities in its skies. The US has promised Taiwan help whenever needed but there is no official agreement between them.

So, it is hard to say whether the US will step in between the two nations or not but given the history, it will not stay quiet. America is hoping for a direct call for help and in no time, it is willing to reach out for ‘help’. But is it of any benefit for the Americans? This might just be another case study showcasing the unnecessary involvement of American soldiers in matters of others.

America getting involved with China for Taiwan is useless and the officials are known to thai and hence there has been no official agreement. It is not just about unnecessary involvement, it is also about what will be the result of the clash.

If Washington jumps in between the two, China will not be waiting another day to launch a full blown war against Taiwan and will do everything to occupy it by force. America can either go for an outcome that is tragic for a democratic power like the States or can be self-destructive.

After Afghanistan, self destruction will further make people lose confidence in their governance. In a normal attempt to get its soldiers back from Kabul, America lost a few lives, and if the bloodshed happens any further especially where it has no direct involvement, it will be America’s worst nightmare. America can promote itself as a militarily secure nation but when it comes to a regional power in Asia, there is no way, at least not rationally,  for the US to win. Even the war analysts are advising against it as there is no maritime representation of what the US is capable of in Asia.