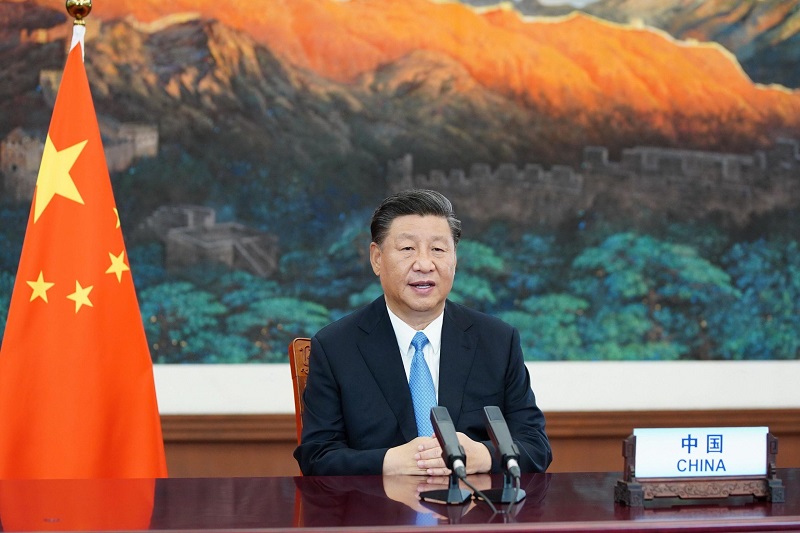 China -This is the second year in a row that China’s President Xi Jinping has stressed on climate change and pledged to take necessary actions. But the statements he made during his recent address raised many eyebrows.

He questioned the use of non-biodegradable materials, or polluting agents by the countries. This reminded many of the promises he made last year about tackling climate change by slashing its carbon dioxide emissions to zero on a net by 2060. Though by various schemes, China has shown commitment to its promise, it fails to acknowledge the environmental causes to consider during geopolitical moves.

China comes from an expanding background and it still continues to preach this mindset. It looks at every geopolitical opportunity to spread its reach in the neighboring countries and that is seriously impacting the environment.

It is a well-known fact that any military expansion or growth leads to a geographical shift. This practice displaces the natural structure of the environment, changes the dispensary procedure of the area leading to climate change.

These secluded areas are occupied by military officials further disturbing the balance of the ecosystem. But Jinping’s promise to tackle climate changes are shocking to many given the dual nature of his administrative activities.

China’s president used the United Nations general assembly to share its ideas about curbing the activities leading to climate change. It announced that it will cease building new coal-fired power plants overseas. This statement is in stark contrast to what China has been doing and promoting over the years.

It, till now, made sure to disseminate the use of fossil-fled infrastructure around the globe, which lifts its economy promoting other nations’ dependence on China. It is hard to go by the words promised by Jinping as the limit set up is for 2060 which will change governments in the country.

China is not only a huge promoter of the concept but it is also the largest national source of greenhouse gas emissions in the world. It also is the national source of greenhouse gas emissions and the biggest public financier of coal-fired power plants, which are also exported to other countries. Hence the way it has portrayed its motive towards the use of coal and ceasing to use it is questionable.

But the timing the Chinese leadership chose to acknowledge the climate crisis is very crucial with respect to the geopolitical situation it is stuck in. The progress made towards climate consciousness is in line with its competition–the United States.

Nations preferring a more climate conspicuous approach mean that they will shift to the one offering better export means to a product, which–if compared between the two–US does better.

China cannot lose out here. Its economy is manufacturing-based and if country’s start to make shifts towards the US or fund any other better sources to cater to their market, China will suffer greatly. This is especially important as it has already lost India, Taiwan, Australia, and Canada as its major consumers. But despite the motivation behind its act, China will set a great example if it lives up to what it has promised to deliver. It will motivate other nations to take charge of its affairs, which is a good geopolitical move, and make drastic switches from exploiting its resources to making better management.