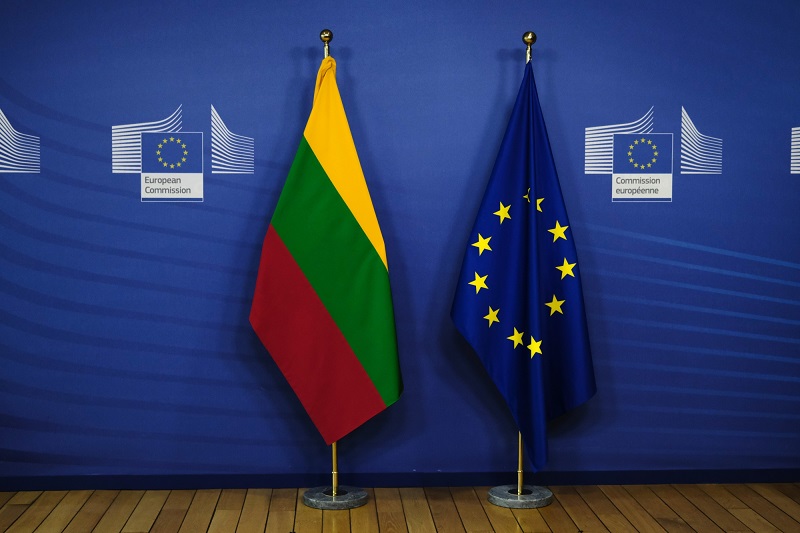 Lithuania – A very small fish in the large pond of geopolitical powers has braved a fight against the shark. Lithuania has dropped one of the Chinese-made mobile phones that were selling with them, owing to a data infringement threat.

Lithuanian government found out that a Chinese-made handset had actually a hidden though dormant feature- a censorship registry of 449 terms banned by the Chinese Communist Party. As the little Baltic state decided to drop the phone off its market, Beijing does not seem to be happy.

But this is not the first time that a brave little fish has put up a fight against the bullying shark. Lithuania has stood by Taiwan, another small southeast Asian nation that has been pushing back China from overpowering its democracy.

Obviously, this has not been seen as great compliance by Beijing either.

Apparently, Lithuania went so far as to pull itself out of a Chinese-led regional forum as it scorned it as divisive for the European Union.

As a spoilt child who would not take no for an answer, Beijing has shot back with bad diplomacy. It has gone too far, and recalled its ambassador from Lithuania. Further, Beijing is also halted trips by a Chinese cargo train into the country and made it nearly impossible for many Lithuanian exporters to sell their goods in China. Chinese state media has assailed Lithuania, mocked its diminutive size, and accused it of being the “anti-China vanguard” in Europe.

The mobile phone maker in question in Xiaomi has apparently said that they don’t ‘censor communication.’ But it is hard to believe owing to the fact that the Chinese government keeps a tab on anything and everything. They even decide what their own citizens can view on their mobile phones.

While China has been systematically putting pressure on Lithuania, the small but courageous Baltic state is holding its fort firm. They have already made a bold declaration to side with US geopolitically.

In a recent media interview, Gabrielius Landsbergis, the foreign minister, said that Lithuania had a “values-based foreign policy” of “supporting people supporting democratic movements.” While a tiny nation, it can give Beijing a huge run for its money, simply because of its geopolitical standing. Lithuania plays an important role as a transit corridor for trains carrying goods from China to Europe. Picking a fight would only mean embarrassment for the shark here. Lithuania has already approved a Taiwanese representative office in Vilnius,

while neighboring EU nations, in hope not to pick a fight with ill-tempered China have chosen to be friendly with Taipei instead. As far as Lithuania is concerned, said Laurynas Kasciunas, chair of the national security and defense committee. “Everyone here agrees on this. We are all very anti-communist Chinese. It is in our DNA.”