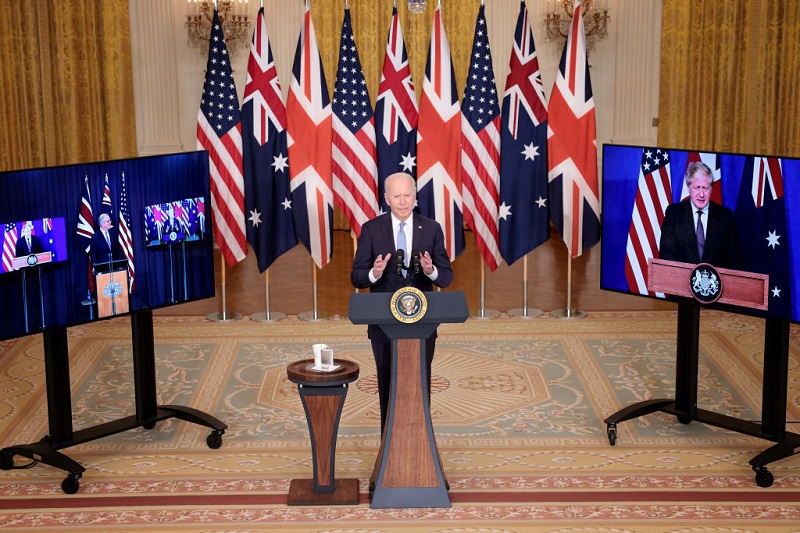 Australia – AUKUS, the alliance between the USA, Australia, and Great Britain, came into existence to strengthen the presence of the group in the Indo-Pacific region as well as to counter the growing domination of China. But it has also come with a ripple effect, not all is glittering gold when it has come to this coalition.

A recently conducted Guardian Essential poll shows that though a big majority of Australians back the alliance with the US and UK, many also share concerns over repercussions of the new union over relations with China and Europe.

A poll conducted with 1,094 Australians, 62% said that Scott Morrison was right to enter a nuclear submarine deal through AUKUS with UK and US. On the other hand, 54% approved “The AUKUS partnership is in Australia’s best security and economic interests.” While 55% of the respondents said that this could bring Australia and China head-on and further deteriorate the unsettling relations. They also thought that by infuriating France over canceling the $90 billion deal with the Naval Group the future trade ties with European Union and France have been jeopardized.

China is largely viewed by Australians, responding to the poll, as a country with a “complex relationship to be managed”. Around 24% described China as “a threat to be confronted” and 10% said Australia’s relationship with Beijing is a “positive opportunity to be realized”.

When it comes to alliances, all countries don’t seem to sit well on the same page. Apart from the AUKUS alliance, Australia also shares an informal Quad alliance with the USA, India, and Japan. Last week during Quad defense talks in the US, divisions came to the forefront over adopting a net-zero emissions reduction target by 2050.

It has become pretty evident that though the AUKUS alliance is formed with the aim to empower Australia with nuclear submarine deals and tackling China in the region, the consequences might go to extremes in relation to trade and regional relations with Europe as well as China.