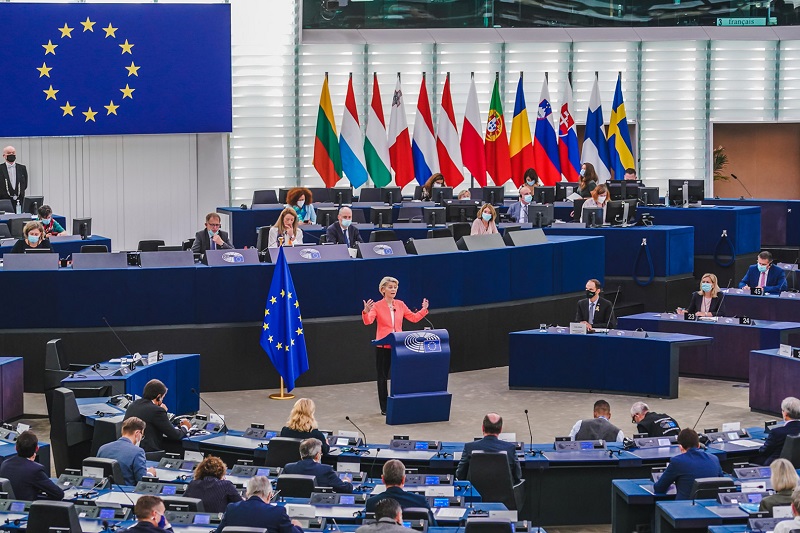 Europe – Exactly one year after the New Pact on Asylum and Migration presentation, without concrete steps forward, the European Commission today will put on the table the latest Report on migration policies with some proposals that aim in the first place to strike the “trafficking of human beings.”

In the migrant chapter, moreover, the stalemate is now evident. Projects focused on the measures to be introduced to regulate the management of non-EU citizens once they crossed European borders remain permanently in a shadow. Berlaymont Palace then tries to play another card to shock the leaders of the Twenty-seven.

The basic concept is to focus attention on the starting areas and, therefore, on all “operational, legal, diplomatic and financial instruments available to the EU to respond to the exploitation of irregular migration.”  We read in the document that today arrives in the collegial meeting and developed by the Greek vice-president Margaritis Schinas. Thus, intervening on the revocation of the agreements on trade, visas, and financial assistance with the states considered “accomplices.”

The model is the same that the Commission will also adopt today about Belarus: the partial suspension of the visa policy in consideration of the uncontrolled migratory flow that has started in recent months from that country.

In the project of the European executive, there is also an attempt to adapt technological tools to the fight against human trafficking: “Responding to the evolution of online practices and tools that facilitate smuggling, through greater operational cooperation and exchange of information between national authorities and EU agencies.” Therefore, a collaboration between the secret services and connect with the United Nations: “Improve the implementation of the legal framework to sanction traffickers also through the UN Protocol against the Smuggling of human beings.”

The Community “Action Plan” reaffirms that this emergency has become even more urgent in light of the effects caused by the pandemic and the crisis in Afghanistan: “It is a crucial issue, and Europe must strengthen capacity to protect its borders.” Even if the Report refers to only three critical centers of legal immigration and human trafficking: the potential new route that could start from Afghanistan, the situation in Greece, and the emerging one, in fact, in Belarus: the document does not mention what is happening in Italy, Spain, and on the coasts of North Africa.

Although the data available to the community offices indicate an increase in irregular arrivals in 2021, especially in the central Mediterranean, the western one, and the eastern border. Another fact makes us reflect on the growing demand for labor: the European population is decreasing, there are 300 thousand fewer citizens.