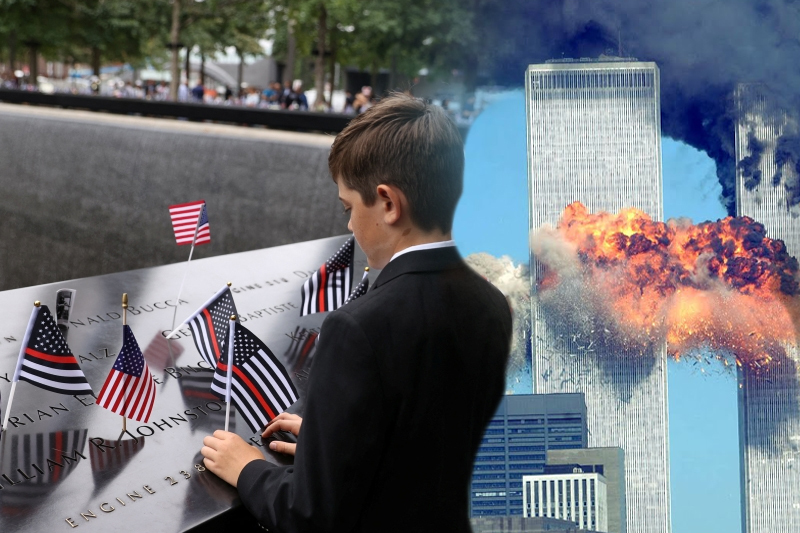 us remembers victims on 21st anniversary of 9 11 attacks

US remembers victims on 21st anniversary of 9/11 attacks

President Joe Biden commemorated the 21st anniversary of the deadliest 9/11 terror attacks at a remembrance event at the Pentagon on Sunday. “I know for all those of you who lost someone, 21 years is both a lifetime and no time at all,” Biden said at the National 9/11 Pentagon Memorial in Arlington, Virginia. “It’s good to remember. These memories help us heal, but they can also open up the hurt and take us back to that moment when the grief was so raw.”

As he has been mentioning in his recent speeches ahead of the mid term elections, Biden marked the 9/11 attacks anniversary day highlighting the need and urgency to safeguard American democracy. “It’s not enough to stand up for democracy once a year or every now and then. It’s something we have to do every single day,” the President said. “So, this is a day not only to remember, but a day of renewal and resolve for each and every American and our devotion to this country.”

The terror attacks on September 11, orchestrated by al Qaeda leader Osama bin Laden had killed nearly 3000 people. Airlines were hijacked and crashed into the twin towers of World Trade Center in New York City, the Pentagon in Arlington in Virginia, and a field near Shanksville, Pennsylvania. Biden also highlighted in his speech the killing of al Qaeda leader Ayman al-Zawahiri in a drone strike earlier this year, adding the US “will not rest, we’ll never forget, we will never give up.” President said, “And now Zawahiri can never again threaten the American people.”

At a ceremony held at Ground Zero, the World Trade Center towers’ location that were crashed into on 9/11, Bonita Mentis read out the victims’ names. “It’s been 21 years, but it’s not 21 years for us. It seems like just yesterday,” Mentis said who wore necklace of her slain sister Shevonne Mentis, a 25-year-old Guyanese immigrant who worked for a financial firm at the WTC. “The wounds are still fresh.”

Pierre Roldan, who lost his cousin Carlos Lillo, a paramedic, said “we had some form of justice” when U.S. raid killed Osama bin Laden in 2011 under presidency of Barack Obama. “Now that Al-Zawahri is gone, at least we’re continuing to get that justice,” Roldan said.