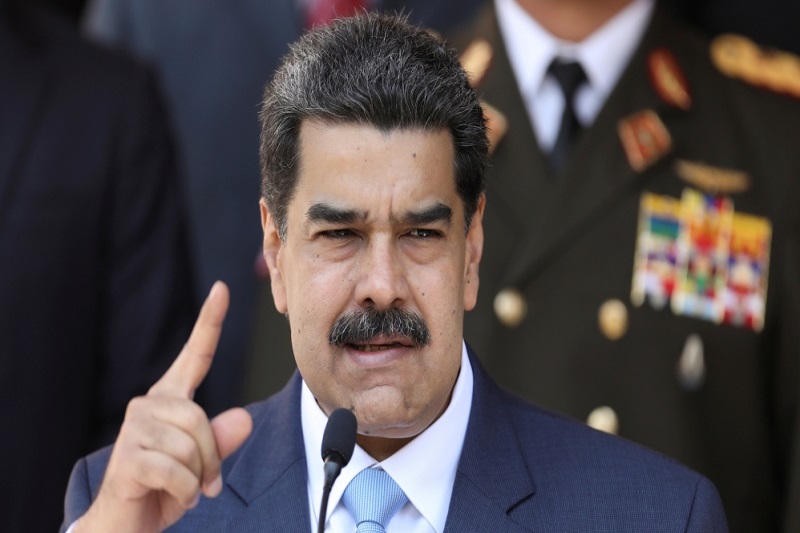 maduros right arm to be extradited to the united states

Cape Verde accepts the US request and extradites the man who knows all Maduro’s secrets. It is a nasty blow for the strong man of Caracas. The worst since Hugo Chávez, shortly before his death, handed him the scepter of power. His name is Alex Saab. He is 49 years old and has been the figurehead of the Venezuelan president for ten. Colombian from Barranquilla with Lebanese origins, thanks to his talent as a businessman, he entered into the good graces of Maduro, who entrusted him with his secrets. In personal business and in the triangulations that the regime has had to develop to circumvent US sanctions.

Mainly with oil, sold and bought, in addition to humanitarian contracts. That includes purchasing food for the Clap and the government’s supply and production committees to feed the poorest classes in the country. On one of these trades, Maduro’s protégé slipped: the goods purchased were damaged, which, denied with disdain by Saab, caused embarrassment and scandal.

A few years passed, and his name attracted the attention of the US Treasury Department. They see him as more than just the president’s figurehead: he’s his real right-hand man. From an anonymous organizer of social welfare centers, Alex Saab has become the referent of every official Venezuelan government negotiation in the world within a few years. Washington issued an international arrest order for laundering against him: 350 million dollars, the treasure Maduro and the regime’s top have accumulated. The US considers Alex Saab a precious witness. They know they can get confirmations and revelations from him that can nail their Venezuelan nightmare.

But the man is brilliant. He skillfully escapes the many traps of US intelligence. He falls for a full tank of petrol: in June 2020, he stops with his private jet on the island of Sal, in Cape Verde, for a refueling. The authorities of the former Portuguese colony blocked and arrested him. Nicolás Maduro is furious. He starts a defense campaign, accuses the US of persecution, denies the role assigned to Saab. He recalls that he has diplomatic protection and is part of the delegation for dialogue with the opposition forces. The discussion started again three months ago in Mexico, thanks to Norwegian mediation. The Venezuelan president has now abruptly interrupted as a reaction to the extradition of the businessman to the US.

Alex Saab is a martyr, according to Caracas propaganda. For no one else has there been such an intense and widespread defense campaign. Photos of him stand out on all the streets of the capital. Every leading member of the regime has spent rivers of words to steal it from the Americans. The silence that enveloped the arrest of Saab in Cape Verde at the time, including by Caracas, was symptomatic. The less talked about him, the better he was. He was only interrupted when the extradition request came. After that, all the regime’s poppies were spent on his behalf.

Yesterday the verdict of the Cape Verdean High Court. The man with a thousand secrets has already arrived in Miami. Hard to believe he will sacrifice himself for his boss. If he agrees to collaborate in exchange for protection, he will pierce the web of interests and business that he has built up over many years of meticulous work. And for Nicolás Maduro, it could be the decisive blow.