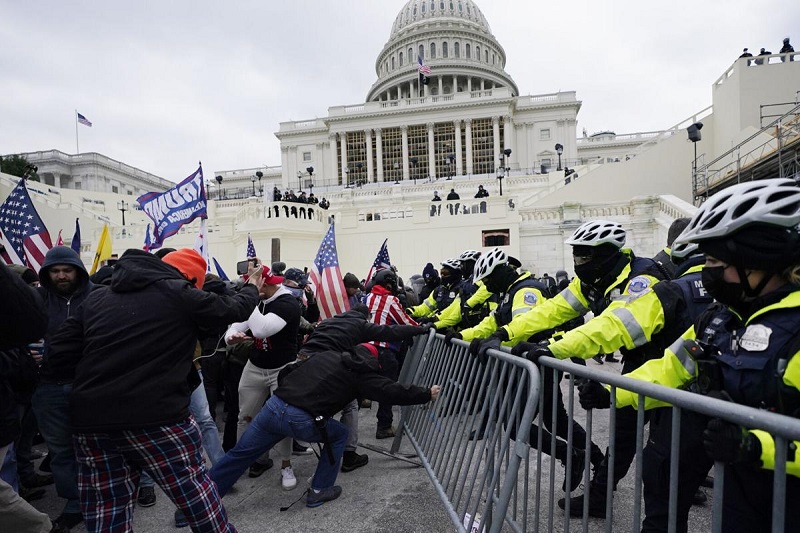 Assault on Capitol Hill, Bannon will have to answer of outrage to Congress

Capitol Hill –Steve Bannon goes on trial. So, the House decided, ruling in support of the indictment of the late Trump tactician, guilty of offending Congress for refusing to depose before the inquiry’s commission on the assault to Capitol Hill. The motion passed with 229 votes in favor and against 202. The Democrats voted tightly. Nine Republicans have said yes to the indictment: among them are the vice president of the commission, Liz Cheney and Adam Kinzinger, already isolated from the rest of the party for having sided in favor of the impeachment of Donald Trump.

Greg Pence, brother of former Vice President Mike Pence, whose hanging had been one of the ‘targets of the insurgents, did not vote. The House’s decision has more political than practical value. Speaker Nancy Pelosi will formally inform the Columbia District Prosecutor’s Office for Washington, which will call into question the Grand Jury.

The Justice Department can decide whether to grant the request and initiate a thorough investigation into Bannon. The former Trump strategist, an indictment and conviction, faces up to twelve months in prison or a hundred thousand dollars in a penalty, but it is difficult for anyone to end up in jail. Often such a procedure takes years. However, the Democratic-led Chamber wanted to send a message: whoever refuses to respond to the convening of the Congress risks criminal prosecution.

Christopher Go Steps Out Of The Philippine Presidential Race

Justice Minister Merrick Garland said his department would look into the case, but he did not indicate his decision during a hearing before the House Judiciary Committee. “The department – he explained – will do what it always does in these situations. It will abide by the facts and the law and decide”. Three other people in Trump’s entourage find themselves in the same predicament as Bannon: former presidential chief of staff Mark Meadows, former deputy chief Daniel Scavino, and former Pentagon chief of staff Kash Patel.

No one, at the moment, is willing to show up to testify. But Bannon has a different weight: he would have played a vital role in the assault on Congress. According to the Republican Cheney, the congressional investigation revealed that the former strategist was aware in advance of the plan to besiege Capitol Hill.

Bannon, who followed the January 6 assault from a ‘war room’ set up in a hotel near the White House, also allegedly “played an organizer role.” In a podcast recorded on January 5, Bannon said, “All hell will break loose tomorrow … so many say. Friends, if I were in a revolution, I would be in Washington. Well, now is your time to enter history”. This idea of ​​the Bastille is not new.

Two months earlier, just after the presidential election, Bannon had argued that epidemiologist Anthony Fauci and FBI director Christopher Wray should be beheaded for high treason, meaning by “treason” they did not support Trump across the board. The former president’s adviser added that their heads were to be stuck in two pikes and left hanging outside the White House. Bannon and other witnesses appealed to the ‘executive privilege’ invoked by Trump, who tried to shield any acts and communications that occurred during the dramatic hours of the assault.