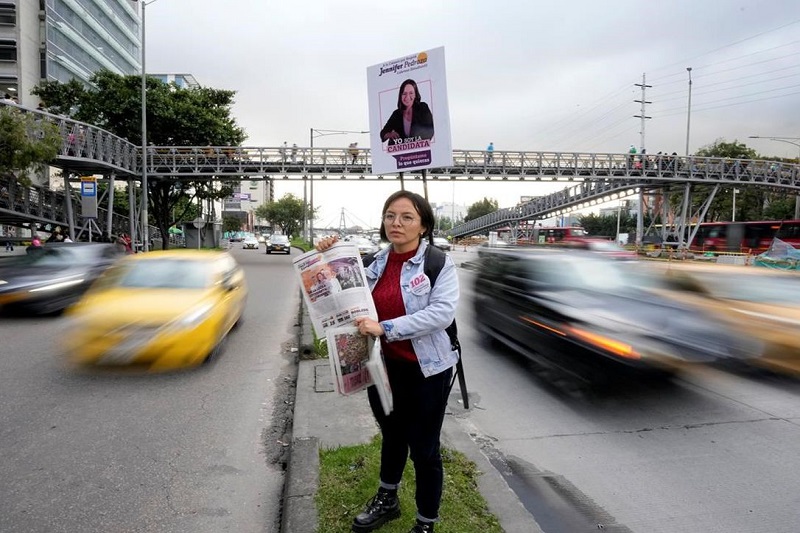 columbia protest leader to fight for seat in the congress

Columbia -Student leader Jennifer Pedraza has been seen talking over the streets leading protests that led the Colombian government to halt the procedure of raising taxes on the middle class.

The continuous marches for a few days have prevented president Ivan Duque from making changes in the country’s labor laws. The success of these protests and with the scale it was conducted made the student leader decide on running for a seat in Colombia’s Congress.

Through these marches and her filing for a Congress seat, she hopes to promote legislation that will shift Colombia that will ask the country to run on a more unconventional model rather than sticking to the same old conservative approach in economic capacities.

The provision suggested by the student leader includes free tuition at public universities as well as an additional law to provide lower-income households with a fixed monthly income. Pedraza was quoted saying, “Marches have helped us to stop the government’s plans.”

“But if we are just protesting, it’s harder for us to score goals. Now we want to set the agenda in this country,” she added while trying to explain the reason behind her planning to fight for the seat. Last year during spring, the nation experienced one of the largest protests in over a decade when several people took to the streets to protest against economic inequality, police violence, and government plans to increase the taxes. These protests saw a little rest before once again resuming at the start of this year.