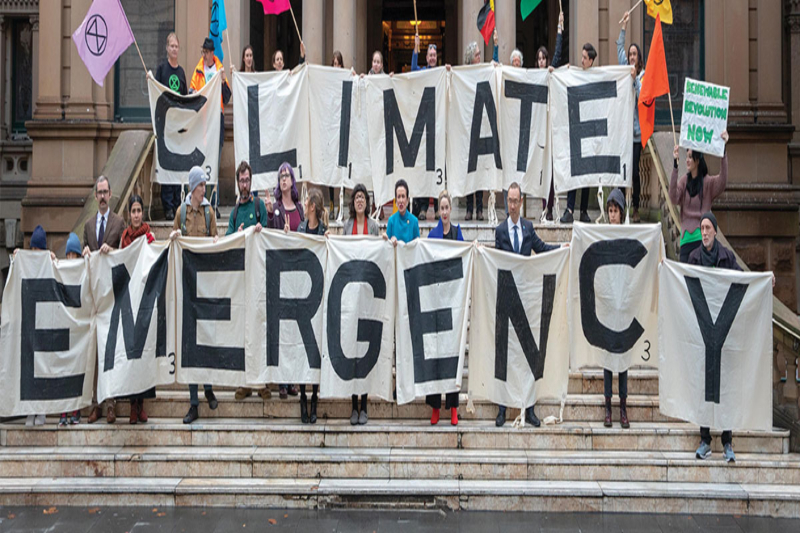 Acres of land burn in the western United States where an extreme heatwave has brought record temperatures. Entire communities have been evacuated as firefighters fight the flames even in extreme situations. The BBC reports. In Arizona, two firefighters died in the crash of their aircraft while trying to put out fires. And among the extreme temperatures in Las Vegas, it was 47.2 degrees yesterday.

Water, wind, fire: it is an actual climatic apocalypse that is overwhelming America in these hours. Canada has been burning for days, overwhelmed by an unprecedented heatwave with temperatures well above 40 degrees, that is, 10-15 degrees higher than usual. As in the Vancouver area, the famous port in the British Columbia region, where it even touched 49.6 degrees centigrade, the highest temperature ever reached in Canada: causing the death of at least 500 people and as many as 240 fires. Meanwhile, in the North West of the United States, infernal temperatures even melt the asphalt of the streets: Residents of large cities such as Boston and New York have been asked to limit the use of appliances and air conditioners as possible to avoid the risk of blackout.

If the North is burning, in the South of the country, there is a hurricane warning. But, here in these hours, Elsa is scary: the first hurricane of the season is running towards Florida. And never mind if, after having devastated the small Antilles with its load of winds and heavy rains, it lost energy in the meantime, almost without damage touching the island of Cuba: were, reduced to a (virulent) tropical storm, it left behind “just” 3 deaths and 100,000 evacuated, as well as landslides and floods. But now that it is aiming for the South of the United States, ready to hit the Florida peninsula, meteorologists fear a new strengthening “fed” by the warm waters of the eastern fringe of the Gulf of Mexico. Therefore, it has already been reclassified as a category one hurricane. Also, for this reason, in Miami, authorities rushed to complete the demolition of the condominium’s remains that collapsed on June 24 last. Thus, deciding the controlled explosion previous unsafe structures, despite the opposition of relatives of the victims, since only 32 bodies of the 121 missing have been recovered.

The experts, on the other hand, have no doubts. It will be a cyclonic season above average, even without necessarily reaching the crazy budget of 2020: yes, in short, the historical record of last summer, when amid the Covid emergency, 30 cyclones (two more than the 28 in 2005) and seven hurricanes hit the southern United States. Of course, scholars explain, climate change does not directly affect the number of recorded phenomena. But they contribute to making them increasingly virulent and destructive due to the increase in the sea’s surface temperature. A thesis demonstrated by the Clausius-Clapeyron equation, according to which for each additional half degree of heat, is an increase of about 3 percent of the average content of that atmospheric humidity, which then acts as fuel for hurricanes passing.