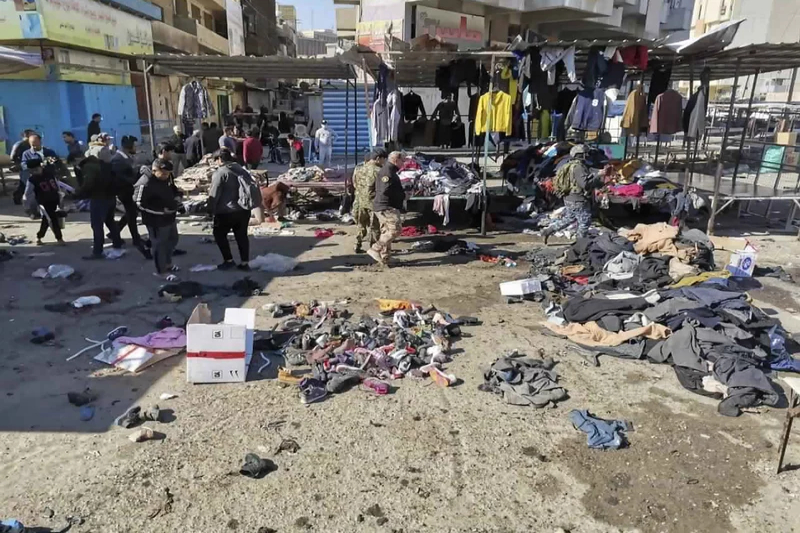 A roadside bomb attack targeted a Baghdad suburb, ended in killing 30 people and wounding dozens of others who were in the market. The attack took place last night in the Wahailat market in Sadr City. People were alerted and filled with fear as they heard a powerful explosion. The blast happened a day before the Eid al-Adha holiday, a prime time when the market was busy with people as everyone came out shopping for gifts and groceries.

It is shocking to see how piles of merchandise lay on the ground after the explosion now. Filled with terror shopkeepers approached the security forces and explained how the blast occurred. In a rush, they also salvaged what items they could. However, this is not the first time when this Islamic State is under the radar, previously as well, they have claimed similar attacks in the area. Rather this was the third time when a bomb hit a market in the densely populated neighbourhood in eastern Baghdad.

Prime Minister Mustafa al-Kadhimi placed the commander of the federal police regiment responsible for the area of the marketplace under arrest, as the investigation was launched. Recently, in June itself more than 15 people were wounded when a bomb placed under a kiosk in another Sadr City market detonated. Similarly, in April, 4 people were killed in a car bomb attack in the same region.

Baghdad residents lit candles for the victims of a roadside bomb and grieve for the lost lives of their loved ones. It is brought to notice that in an anonymous message posted on the Telegram channel, the militant group said a suicide bomber named Abu Hamza al-Iraqi detonated his explosive belt in Sadr City, which ended the killing of more than 30 people in the region.