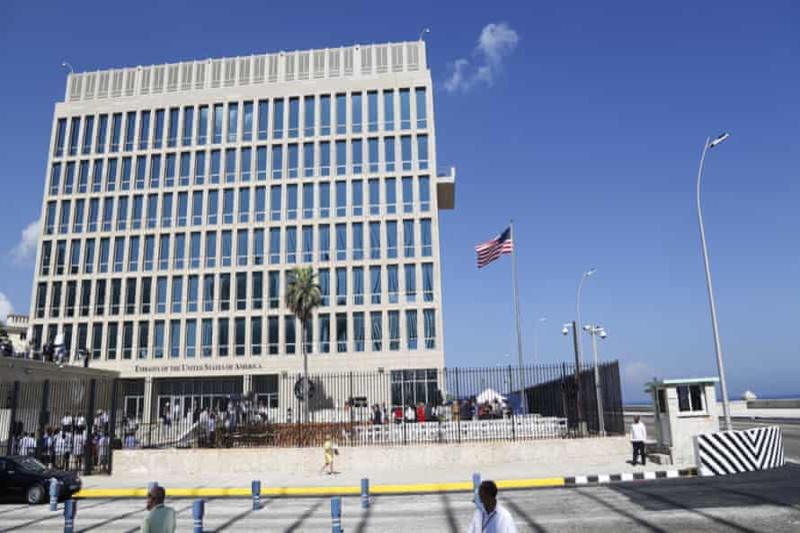 Is Havana Syndrome Killing US Citizens?

It started in 2016 and has now emerged as a dangerous health hazard- the Havana Syndrome. Recent reports claim that the Havana Syndrome is again affecting people in the US adversely, especially CIA operatives and others connected to the government and allied bodies.

Working through energy devises, the syndrome leaves people listening to high- and low-pitched sounds apart from feeling other strange physical symptoms. It has led to unexplained brain injuries to diplomats, spies and other government workers at home and abroad. Biden administration is trying to ascertain why the victims were potentially targeted, according to one current and two former officials?

Some US officials feel the Havana Syndrome which has till date affected 200 people, could be an unintentional byproduct of intelligence gathering tactics from other countries. However, a leading theory is saying that strong electromagnetic waves travelling through devices that extract information from mobile phones or laptops could be adversely affecting US citizens.

The vast majority of the victims were overseas when they came down with the unusual symptoms. But in a previously undisclosed case, a former Defense Department employee came forward in the past month reporting symptoms that developed late last year while the person was in the Washington area, according to the officials.

Some 130 people have recently come forward with symptoms of hearing impairment, mental disturbance, brain injuries and disorientation. Of these 60-80 of them were all from the U.S. Defense Department. There are possible indications that Russia could be behind these attacks over civilians, but there isn’t any conclusive evidence to prove so.

In the most recent attempt by lawmakers to address the situation, the Senate on Monday passed legislation titled the Havana Act that would authorize the CIA and the State Department to make financial payments to workers who suffer related injuries to the brain. Among the sponsors of the legislation are the Democratic and Republican co-chairs of the Senate Intelligence Committee, which has received classified briefings from administration officials about the ongoing threat.

The newly established CIA’s Havana Syndrome task force will be led by the man who was instrumental in hunting down Bin Laden. According to an official statement the intelligence veteran “will bring that same intensity” to the hunt for the source of the health incidents that have plagued diplomats.