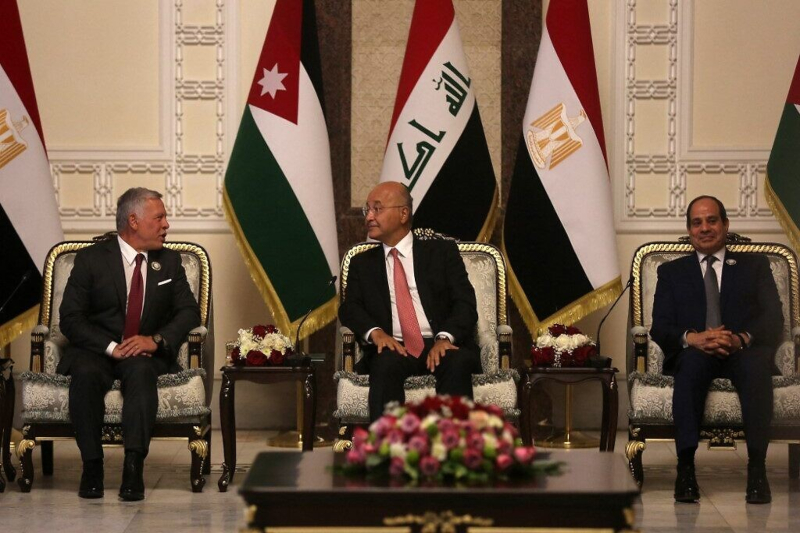 The countries that want peace entered into a tripartite dialogue recently. Egypt, Jordon and Iraq have many things to agree on. All three met in Baghdad, the official capital of Iraq. It is for the first time in three decades that someone high in the ranks from Egypt has visited Baghdad aka Iraq.

All three countries have agreed to bolster security and economic cooperation, in the mutual interest of all. The countries have also discussed other areas of concern like large-scale industrial projects, and trade in medicine and agricultural pesticides.

“This visit is an important message to our people that we are mutually supportive and unified to serve our people and the people of the region,” Al-Kadhimi said, according to a statement from his office. Mustafa Abd al-Latif Mishatat al-Ghuraybawi, known as Mustafa al-Kadhimi, is an Iraqi politician.

Major areas of focus between the nations will also be drug trafficking and cybercrime, increasing precarious issues to deal with.  Additionally, Kadhimi has also said that it is the intention of Iraq to ‘try to shape a common vision through cooperation and coordination’ regarding Syria, Libya, Yemen and Palestine.

On the aspect of the Ethiopian Grand Renaissance Dam project, Iraq and Jordan sided with Cairo. Currently, Egypt fears for its survival as it heavily depends on the Nile to meet its irrigation needs. All three countries agreed that a political solution and the return of refugees was needed to end the Syrian crisis, said Jordan’s Foreign Minister Ayman Safadi. Trade relations have been gradually growing between Iraq, Jordon and Egypt. Iraq already has plans to build a pipeline that is meant to export 1 million barrels per day of Iraqi crude from the southern city of Basra to Jordan’s Red Sea port of Aqaba. With Iraq spreading its wings to fly and offering a hand of friendship elsewhere, political analysts believe this kind of a summit is to drive to Washington a message that Iraq has other options to grow and has no intentions of being used by Iran as a proxy to forward its own political agenda.